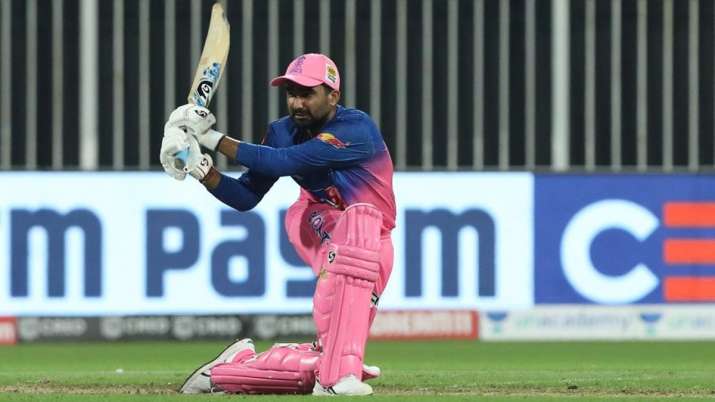 Rajasthan Royals all-rounder Rahul Tewatia has turned himself into a vital cog for the pink-clad outfit and has quickly gained fame due to his power-hitting prowess, while not forgetting his handy leg-spin abilities.

However, his efforts haven’t been enough in helping RR from slipping to the bottom half of the table with just three wins in the nine games the side played.

And Tewatia stressed that with five games to go, the plan is clear: To be consistent in all departments in order to win all the remaining games.

“We’ll need to be consistent for the entire  40 overs in the coming games, across all departments, in order to win our coming games. The task is clear for us , we need to win five out of five to qualify and we’ll be looking to give it our all in these five remaining games,” Tewatia said in RR press release.

The all-rounder also felt that the side is capable of doing so as they have played good cricket so far.

“I think we’re playing some good cricket. In the last match we played a very good game for around 38 overs of the match, just lost our way for a couple of overs and lost the game,” he said.

Meanwhile, the team’s young pacer Kartik Tyagi, who impressed with his bowling in the last game, felt CSK will be tough opposition and will like to deal with them first before thinking ahead.

“We’re taking it match by match right now and are just looking to play well in every game. Chennai are a very strong team, they have consistently done well in the IPL and will be very tough opposition for us,” he said.