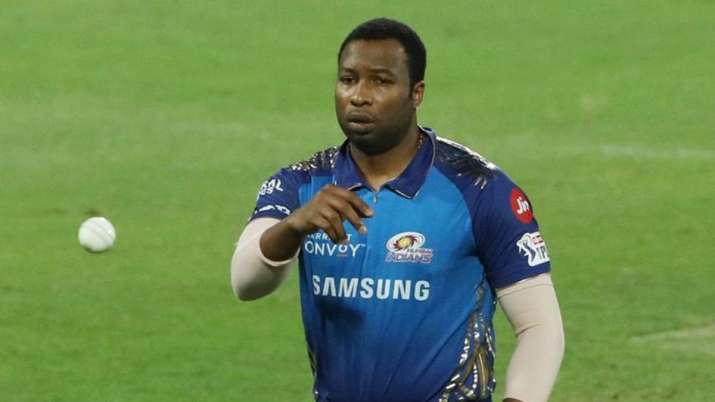 Kieron Pollard definitely showed he is an able leader as the Mumbai Indians stand-in skipper on the night, in absence of injured Rohit Sharma, led the side to a comfortable 10-wicket win over their nemesis Chennai Super Kings in Sharjah on Friday.

The team was aggressive with its approach from the word go as the West Indian skipper setting up an aggressive field for his opening bowlers Trent Boult and Jasprit Bumrah, who reduced CSK 3/4 by the end of fourth over to ultimately halt the innings at 114/8.

At the post-match press conference, Pollard revealed that once they got out the openers out early, team was focused on getting the wicket of Ambati Rayudu as well who scored 71 runs against the defending champions in Match 1 of IPL 2020 last month. Rayudu scored just 2 runs on the night, falling to Jasprit Bumrah in the second over of the game.

“It was good to see that bowlers went out and executed the plans. We wanted bowlers to go out and set the tone and they did that really well.  It was important to get wicket of Ambati Rayudu as he has always performed really well against us in the past. So we decided to go for him with the new ball and it worked for us,” said Pollard.

The four-time champions are currently in a three-way battle for the top spot with Delhi Capitals and Royal Challengers Bangalore. All three points are locked at the top of the table with 14 points as only net run rate separating them.

However, Pollard said he is not thinking about their two rivals yet and added the team is only focused on their next game against Rajasthan Royals on Sunday.

“Focus area is always to improve as a team; what we need to do to improve as a team so that when we come up against RCB, we know what to do. But we don’t need to think about RCB and Delhi as of yet as before that we face Rajasthan Royals so as a team we want to take one step at a time,” Pollard said.