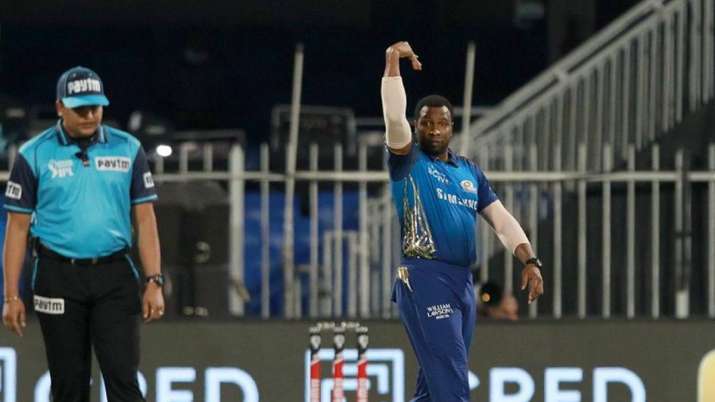 Kieron Pollard definitely showed he is an able leader as the Mumbai Indians stand-in skipper on the night, in absence of injured Rohit Sharma, led the side to a comfortable 10-wicket win over their nemesis Chennai Super Kings in Sharjah on Friday.

The team was aggressive with its approach from the word go as the West Indian skipper setting up an aggressive field for his opening bowlers Trent Boult and Jasprit Bumrah, who reduced CSK 3/4 by the end of fourth over to ultimately halt the innings at 114/8.

50-up Ishan Kishan and Quinton de Kock (48 not out) finished off the chase by the beginning of 13th over.

A calm and cool Pollard said they came into the game with the intention to give no freebies to Chennai Super Kings and it paid off.

“It’s part and parcel of it, sometimes you don’t actually have to be a leader in order to be a leader, I know a thing or two. So it was just a matter of me stepping in and it came off tonight. It was just a matter of making the right decisions, not giving them freebies. We wanted to bowl them out under 100 but Sam batted well. I think it was a total team effort,” he said at the post-match presentation ceremony.

Speaking of the performances, Pollard said: “Two-three wickets early put you in the game and to get 4-5 is fantastic And then the openers going out and finishing off and not leaving any uncertainty was good.”

4th Test: Siraj, Shardul bowl with fire, take 9 wickets between them to keep India in the hunt | The Times of India