Jaime Lincoln Smith is an American actor, voice-over artist, coach, and model. Jaime Lincoln Smith has been in the industry for over 15 years working on Broadway, lending his voice to characters in video games, and guest-starred in popular TV shows & movies. He gained more fame as the celebrity ex-fiancee of actress Susan Kelechi Watson.

Jaime Lincoln Smith was born in the year 1978 and he is 43 years old as of 2021. He hails from Brooklyn, New York, but his zodiac sign is unknown. There isn’t much information available about this personality’s parents, siblings, educational journey and qualifications, and other personal details. Nevertheless, there is information that he comes from a Jamaican-American family. 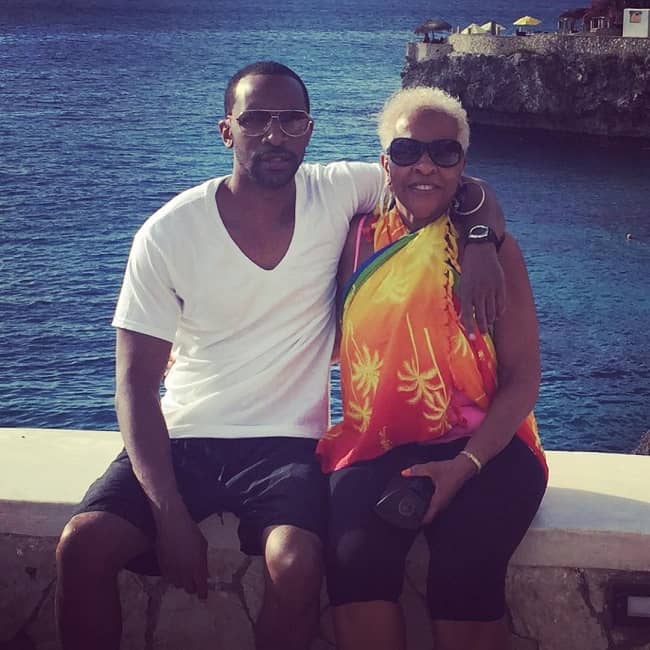 Caption: Jaime Lincoln Smith posing for a photo with his mother. Source: Instagram

Professionally, Jaime Lincoln Smith is an actor best recognized for Respect the Jux, Blue Bloods that was released in 2010, Grand Theft Auto V released in 2013, and 11:55 released in 2016. He is also an acting coach, model, social media personality, and voice-over artist. Further, he is also the founder/creator of The One Stop Acting Shop that provides private coaching.

As an actor, he has appeared as a guest actor in films and TV shows like New Amsterdam, NCIS: New Orleans, 14,085, Titans of G.E.F.A., The Abandon, Respect the Jux, Shades of Brooklyn, As The World Turns, Law & Order, The Knights of Prosperity, Elementary, The Deuce, The 2-2, and many more.

On Broadway, he played the role of Reggie in the show Holler if Ya Hear Me that was showcased in The Palace Theatre/Kenny Leon. As a voice-over artist, this personality can voice Authentic Jamaican, West Indian, Dominican, and Southern American dialects. 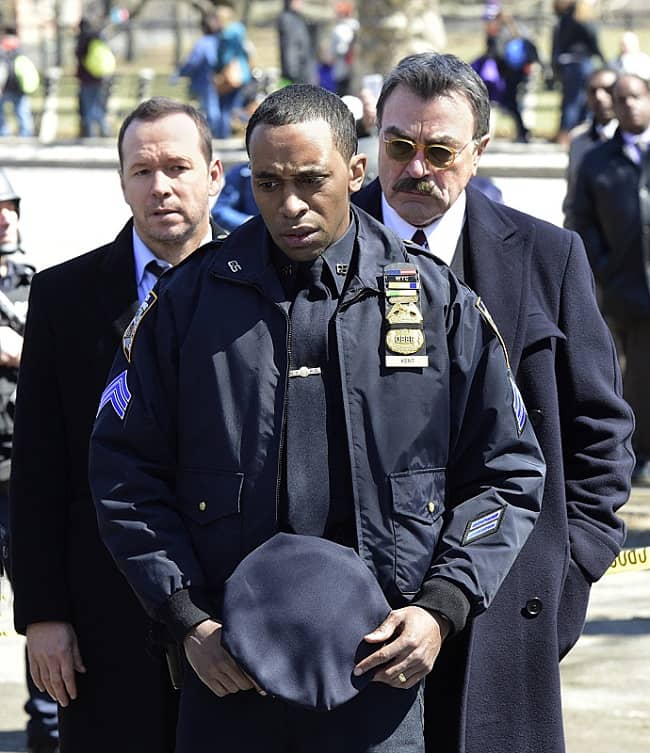 Similarly, as a part of the Regional Theatre, this actor played the role of Homer in Father Comes Home From the Wars that was showcased in Goodman Theatre. Likewise, he appeared as Neville Garrick in Marley(World Premiere) and as Jalani in Carnaval.

Further, the actor played the role of Lige/Bootny in Gleam and Terell/Shua/Oshoosi in Marcus in; Or the Secret of Sweet. He has also worked with popular actors like Michael Imperioli, John Amos, Danielle Brooks, S. Epatha Merkerson, and Kenny Leon among others.

As a coach, this personality has coached actors like Tina Benko from The Avengers, Stephen Hill from Magnum P.I., and Morocco Omari from P-Valley to name a few. While coaching, this personality’s main objective is organic truth in spite of what he coaches for like auditions, dialects, or anywhere in between. 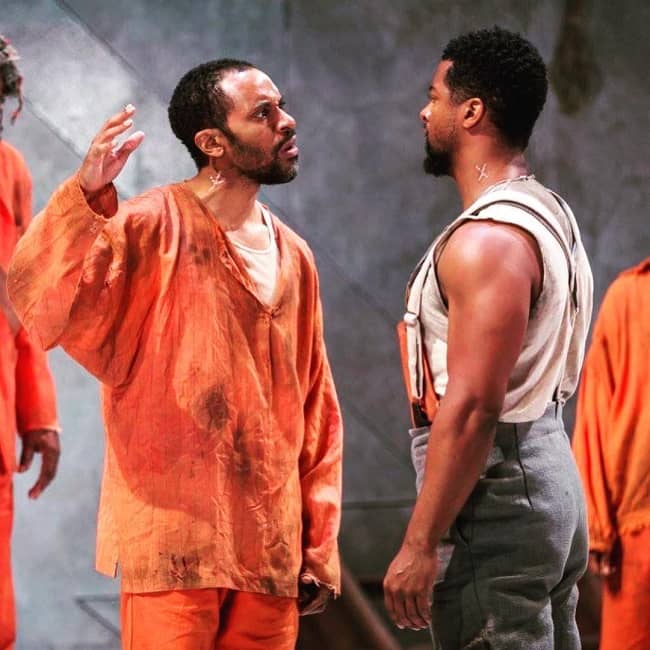 Besides his own professional achievement, people recognize him best as the celebrity ex-fiancee of actress Susan Kelechi Watson. His ex-fiancee is a popular actress. People recognize his ex-fiancee for her appearances in Louie, This Is Us, Rumble, A Beautiful Day in the Neighborhood, Divorce, Third Watch, Alibi, And, We’re Out of Time, etc.

Besides these, his ex-fiancee has starred in numerous series in a few episodes like in Hack, The Jury, Medium, Law & Order: Trial by Jury, Private Practice, Numb3rs, Law & Order, Golden Boy, Royal Pains, Blue Bloods, Veep, Happyish, Billions, Limitless, etc. Further, his celebrity ex-fiancee also received nominations for the Critics’ Choice Television Award for “Best Supporting Actress in a Drama Series” for her role as Beth Pearson in This Is Us. 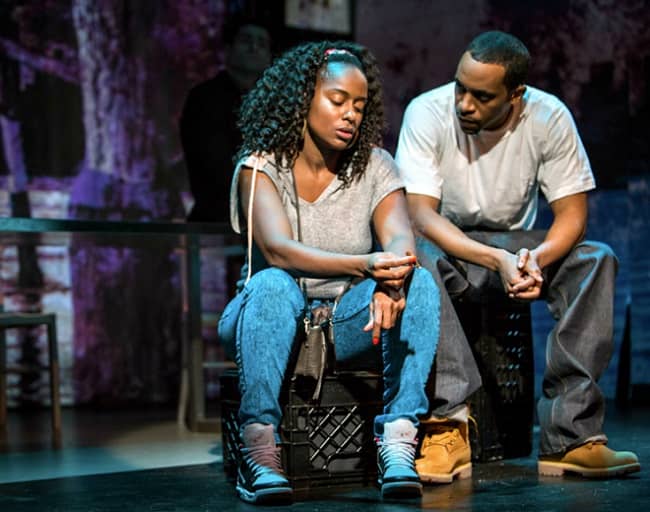 Jaime Lincoln Smith is most probably single at present. However, he was previously engaged to Susan Kelechi Watson. The two had their private engagement in September 2019 and shared a series of photographs on each other’s Instagram profiles.

But those photographs are no more available on both accounts while writing this biography. His celebrity ex-fiancee revealed through her Instagram post on 7 November 2020 that the two had ended their engagement. This news came a year after the celebrity couple’s engagement news. 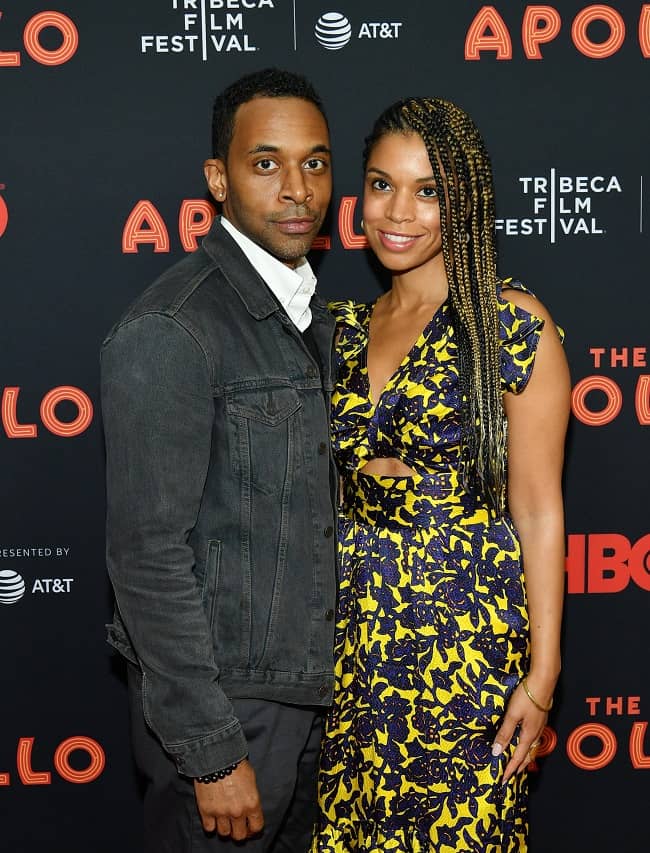 Caption: Jaime Lincoln Smith posing for a photo with his ex-fiancee during an event. Source: Popsugar

Jaime Lincoln Smith stands tall at an approximate height of 5 feet 10 inches or 1.78 meters and his weight is around 78 kgs or 171 lbs. Likewise, the actor’s chest-waist-hip measures are 43-32-36 inches respectively and his biceps size is 16 inches. Further, the American actor has black eyes and hair of the same color.

Talking about his social media presence, Jaime Lincoln Smith is available on Instagram under the username @jaime.lincoln.smith. While writing this biography, this actor has earned more than 1.5k followers and shared exactly 146 posts. We can also contact him at [email protected] or [email protected] for business inquiries. On his resume, the actor has provided his contact number as 732-803-6948. Moving on, this actor has an estimated net worth of around $700,000 US dollars.