End of Film Archive Declared: All About the Sci-Fi of 2020

She was vaccinated the day her fiancé tested positive for COVID. It was too late for him.

Anthony Rizzo brings in another HR to lead Yankees past Marlins

The Chi renewed for a season 5: Will it be extended, canceled at Showtime? 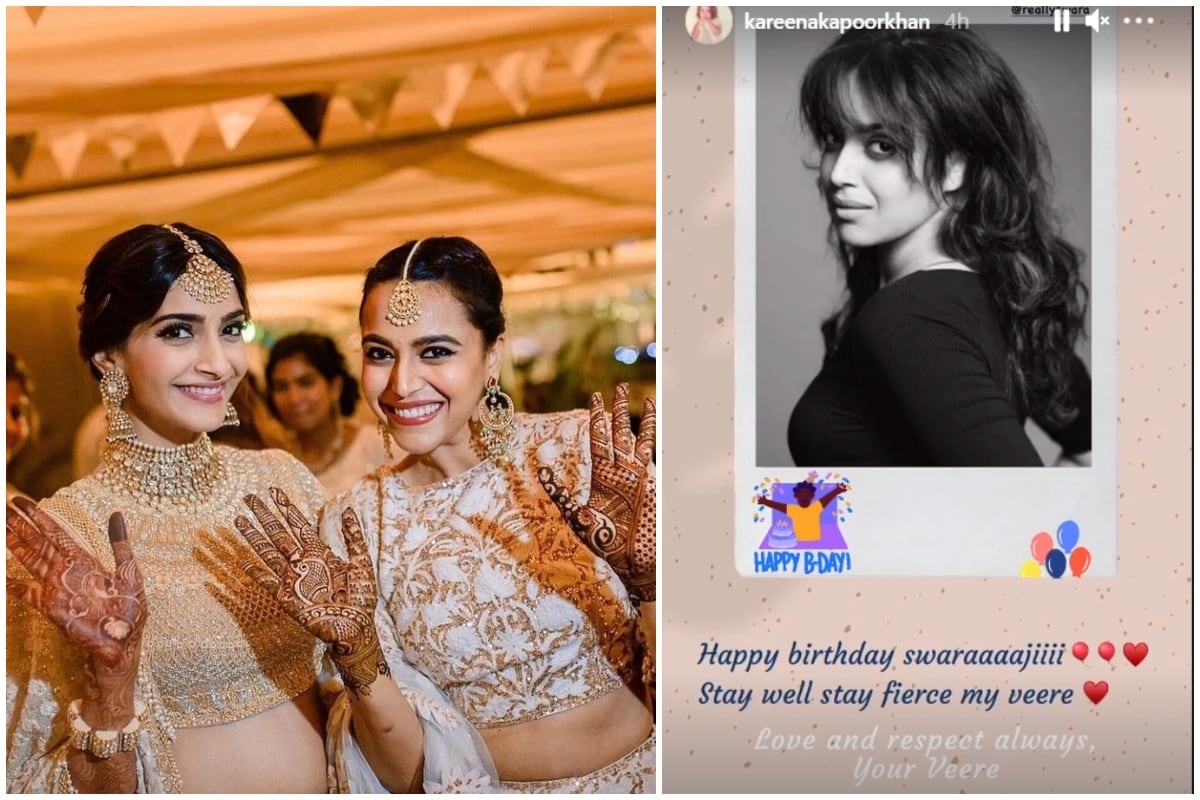 Bollywood actress Swara Bhasker, who is known for her roles in Nil Battey Sannata and Raanjhanna, turned 33 on Friday, April 9. Among many, sending her birthday wishes were her fellow ‘veere’ Kareena Kapoor Khan and Sonam Kapoor Ahuja, who have shared special Instagram posts for the actor. Kareena on her Insta story shared a black and white image of the birthday girl and urged her to always remain as fierce as she is.

Sonam too posted two adorable clicks of herself with Swara on the social networking site to wish her friend on the special day. Out of the two pics, the first is from Sonam’s sangeet ceremony where both of them could be seen flaunting their mehendi designs while the second image has captured them on Sonam’s wedding day.

Sharing these beautiful glimpses Sonam greeted her by calling her “dear behen” and expressing how much she adores Swara. Her beautiful note even received a reply from Swara where the actress took to the comment box to say that she loves her “Love you so much Sonammmmmmm! You are the bestest.”

On the work front, Swara was last seen in Shashanka Ghosh directorial Veere Di Wedding which was released in 2018. Apart from Swara, the film starred Kareena, Sonam, and Shikha Talsania in lead roles. Also, the movie was co-produced by Rhea Kapoor, Ekta Kapoor and Nikhil Dwivedi.

Swara has two upcoming projects in her kitty. First is Sheer Qorma, which will be based on LGBT romance and is written and directed by Faraz Arif Ansari. The actress will be accompanied by Shabana Azmi and Divya Dutta in the film. The release date of the movie is not yet announced but is expected to hit the theatres this year.