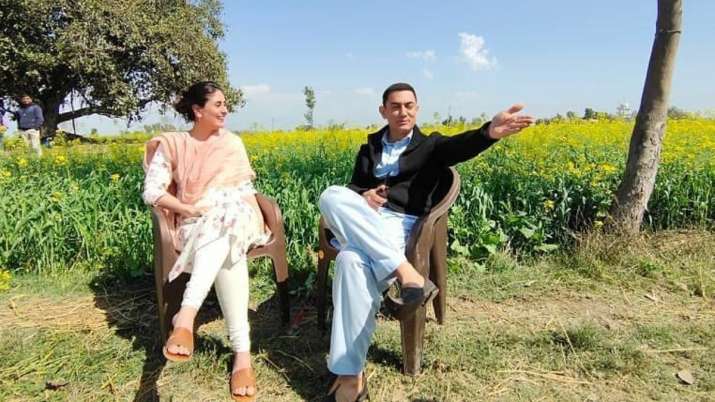 The ‘Mr Perfectionist’ of Bollywood Aamir khan who is currently shooting in Delhi for his much-awaited movie ‘Laal Singh Chaddha,’ has recently proved again his diligence and dedication towards work. The ‘PK’ star suffered a rib injury during an action sequence for the film, but he did not let it come in his way. He had resumed the shoot by popping some pain killers.

A source present on the set revealed, “While shooting for some action sequences, Aamir khan suffered a rib injury. However, this did not stall the shoot of the film. The actor just took stock of his condition and in no time resumed shoot by popping some pain killers.”

Amidst the current scenario, and even after suffering a rib injury, the 55-year-old star is still shooting. Knowing that special arrangements have been made for the entire shooting schedule, Aamir did not want to delay anything from his end and hence tried to curb his injury with the required medicines for time being.

All necessary precautions and safety measures have been followed by the ‘Laal Singh Chaddha’ team to have smooth shooting experience. Even in the past while shooting for an important running sequence, the actor suffered extreme physical exertion due to constant running. Aamir is often praised for the hard work he puts into his characters.

‘Laal Singh Chaddha’ is the remake of 1994 American film ‘Forrest Gump’. The comedy-drama film directed by Advait Chandan and bankrolled by Aamir Khan Productions along with Viacom18 Motion Pictures would mark the third team-up of the 54-year-old actor and Kareena after giving two of the critically appreciated movies — ‘3 idiots’ and ‘Talaash’. The movie also features Mona Singh in a pivotal role.