Will it be extended, canceled at Showtime? – Socially Keeda 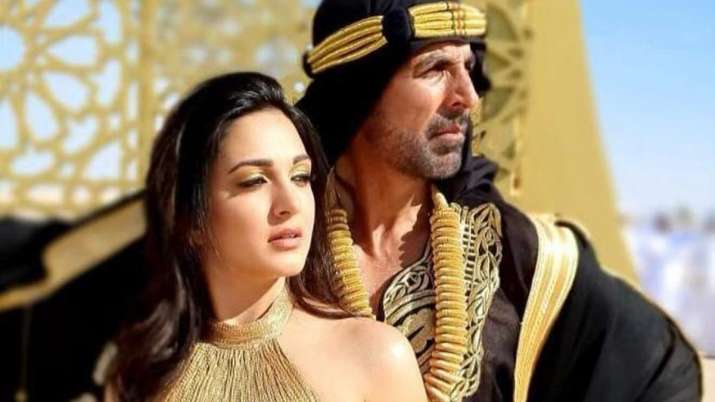 Akshay Kumar and Kiara Advani are all set to entertain their fans with their upcoming horror-comedy flick ‘Laxmmi Bomb.’ While everyone is waiting for a little glimpse of the same, the makers on Saturday decided to treat fans with the teaser of the song ‘Burj Khalifa’ and announced that the song will be out on Sunday. The teaser has left the fans pretty impressed and has increased the excitement. And now the song has finally been released and without any doubt, it is the anthem of the year. Sharing the song, Akshay took to Instagram and wrote, “BurjKhalifa : Laxmmi Bomb We just dropped the biggest dance track of the year. Get ready to get grooving. Watch #BurjKhalifa, song out now.”

Filled with glittery costumes and crazy dance moves, the song features the two of them dancing in various locations around Dubai, with several costume changes and background dancers. On one hand, where Kiara looks glamorous, Akshay on the other looked dapper. The song has been crooned by Shashi – Dj Khushi and Nikhita Gandhi while the lyrics have been penned down by Gagan Ahuja.

Sharing the 16-second-long teaser of the song, Akki wrote,  “Get ready for the first and biggest party anthem of the year tomorrow, #BurjKhalifa Song out tomorrow.” While Kiara captioned, “SONG OUT TOMORROW!”

Sharing the details from the shoot, the 28-year-old Kabir Singh said, “Shooting for Burj Khalifa was amongst the most enjoyable schedules of the film.” “Along with the fancy outfits came fancier locations, if we thought wearing chiffon sarees in snow was difficult here comes dancing bare feet on the burning desert sands in the scorching sun. You know you’re an actress in a commercial movie when you’ve done either one,” she added.

Recently, the trailer of ‘Laxmmi Bomb’ released online and portrayed Kiara in glamorous looks in the song as well as her girl-next-door avatar. This film, directed by Raghava Lawrence, will mark Kiara’s second collaboration with Akshay after the 2019 release of Good Newwz.

On being asked about the reason behind changing the title for the Hindi remake of his Tamil film Kanchana, Lawrence said, “Our Tamil film was named after the main lead character Kanchana. Kanchana means ‘gold’ which is a form of Lakshmi. Earlier I considered going the same way for the Hindi remake but we collectively decided that the name must appeal to the Hindi audience as well and what better than Laxmmi.” “By god’s grace, it was turning out to be a cracker of a film, so we named it ‘Laxmmi Bomb’. Like a dhamaka of Laxmmi Bomb cannot be missed, the transgender lead character is powerful and radiant. Hence the name fits perfectly,” he added.

Laxmmi Bomb is produced by Kumar’s Cape of Good Films, Fox Star Studios, and Tusshar Kapoor. The film also stars Ashwini Kalsekar, Sharad Kelkar, Manu Rishi, and Ayesha Raza. It is all set to release on November 9, 2020, on Disney+ Hotstar.