Laxmmi Bomb Trailer Celeb and Fan reactions: Varun Dhawan and others claim 'King of comedy' is back
Advertisement 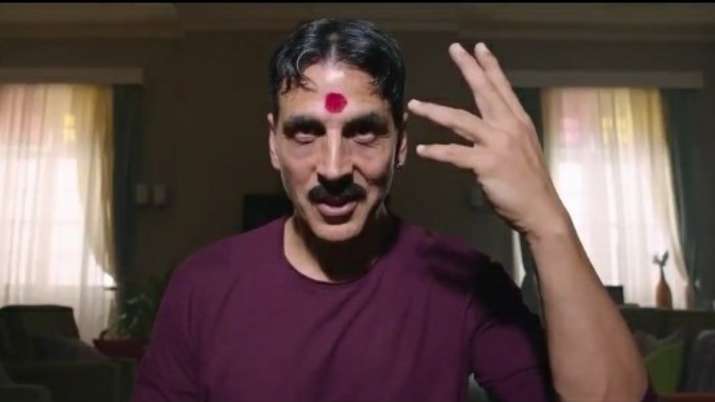 Bollywood actor Akshay Kumar finally released the trailer of his most awaited film Laxmmi bomb. A Diwali treat, the film will hit the OTT platform on November 9. It is a Hindi remake of Tamil blockbuster Muni 2: Kanchana and is directed by Raghava Lawrence, who had helmed the original. Co-starring Kiara Advani, Tusshar Kapoor, Sharad Kelkar, and Ashwini Kalsekar, the film is a horror-comedy and the trailer is proof enough that viewers will roll on the floor laughing. The trailer shows how a transgender ghost possesses Akshay Kumar and he starts to behave like one in front of the parents of Kiara Advani.

Soon after the trailer surfaced the internet, Bollywood celebrities and fans were in awe of the actor. From Varun Dhawan to Vivek Oberoi, everyone lauded Akshay Kumar’s performance and claimed that they are looking forward to a laugh riot. Varun tweeted, “Hum hain seedha saadha Akshay…Akshay. This Diwali…Enjoy #laxmibomb guys  with Akshay sir and Kiara ma’am. Loved it.” A Twitter user wrote, “This is a bonafide big screen entertainer. @akshaykumar as Laxmi is RIOT!”

This is a bonafide big screen entertainer. @akshaykumar as Laxmi is RIOT! Reminds me of his #Sandi and #Sundi act from #Housefull3. Watch the trailer of #LaxmmiBomb. Releases this Diwali, November 9. #LaxmmiBombTrailer https://t.co/UpV9sZKgDf

Dear @akshaykumar sir, is there any role that you can not do? 😱#LaxmmiBombTrailer pic.twitter.com/WScBONv1VM

This is the first time that Akshay Kumar will be seen essaying a transgender in a film. Talking about his role, the actor had said, “In 30 years, this is the most mentally intensive role. Never experienced it before. Credit for it goes to Lawrence sir. He introduced me to a version of me which I didn’t know existed. It was different from my other characters. Iska bolna, chalna action reaction maine kabhi portray nahi kiya,” The actor had said at a virtual press conference, adding that “Laxmmi Bomb” has made him “more sensitive about gender equality”

On the work front, Akshay Kumar has an interesting line-up of films. Other than Laxmmi Bomb and Bell Bottom, he will be seen in Farhad Samji’s Bachchan Pandey and Rohit Shetty‘s Sooryavanshi. He also has a pivotal role in Aanand L. Rai’s Atrangi Re alongside Sara Ali Khan and Dhanush. The actor will be seen in Prithviraj which marks the debut of Manushi Chhillar. Also, Akshay Kumar has films Raksha Bandhan and Durgavati in the pipeline.