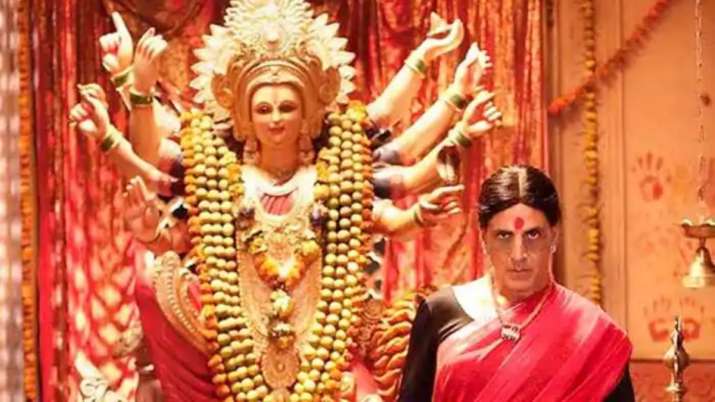 Bollywood superstar Akshay Kumar‘s most awaited film Laxmmi Bomb will premiere on the OTT platform this Diwali on November 9. While fans have been eagerly waiting for the film, Akshay announced that the trailer of the film will be released today. In the horror-comedy, the actor will be seen playing the role of a a transgender. The film also stars Kiara Advani in a pivotal role. Ahead of the release of the trailr, Akshay tweeted, “Hassoge, darroge aur apne ghar valo ke sath milkar kal sab se bada dhamaka dekhoge! Watch #LaxmmiBomb Trailer coming out tomorrow!”

Back in June, Akshay had shared for the first time that the film would go for an OTT release, amid the growing Covid-19 crisis. It is slated to premiere on Disney+ Hotstar. Also, the film has been confirmed for release in Australia, New Zealand and UAE on November 9. Laxmmi Bomb is a remake of Tamil blockbuster “Muni 2: Kanchana”. Raghava Lawrence, who had helmed the original, also directs the Bollywood remake, co-starring Kiara Advani, Tusshar Kapoor, Sharad Kelkar, and Ashwini Kalsekar.

This is the first time that Akshay Kumar will be seen essaying a transgender in a film. Talking about his role, the actor had said, “In 30 years, this is the most mentally intensive role. Never experienced it before. Credit for it goes to Lawrence sir. He introduced me to a version of me which I didn’t know existed. It was different from my other characters. Iska bolna, chalna action reaction maine kabhi portray nahi kiya,” The actor had said at a virtual press conference, adding that “Laxmmi Bomb” has made him “more sensitive about gender equality”

Recently, Akshay Kumar returned from UK after completing the shoot of his upcoming film bell Bottom with Vaani Kapoor. Soon after, the actor addresses the ongoing controversy of drug abuse in Bollywood and shared a video saying that drug problem does exist in the industry but noy everyone is at fault. In the video, Akshay requested people not to generalise and think that every person associated with Bollywood has drug links.

Akshay shared his message in a Hindi video on Twitter. He said: “I speak to you with a heavy heart today. Over the past few weeks, several things have come to my mind but there is so much negativity everywhere that I was unable to decide what to say. He said, “Although we are called stars, you have created Bollywood with all your love. We are not just an industry. Through our films we have spread values and culture of our nation to every corner of the world. For years now we have tried to reflect the sentiments of the common people of our country through our films. Be it the angry young man brand of anger, corruption, poverty or unemployment — cinema has tried to reflect all these issues in its own style. So, if you are angry today, we understand and respect it.”

“After Sushant Singh Rajput’s sudden death, several issues have come to the forefront, which pained us as much as they have done to you. These issue have highlighted several flaws of the film industry, which need to be focused on. Today, narcotics and drugs are the the most talked-about topics. I can’t keep my hand on my heart and lie to you saying this problem does not exist. It does exists — just as it possibly exists in every other industry and profession. But that doesn’t mean every single person from the particular profession is involved. That’s not possible.”

He added, “Drugs are a legal matter, and I have full faith that whatever investigation our courts and law enforcement authorities have undertaken and whatever action they are taking, will be right. I also know that every single person from the film industry will co-operate with them. But I request you with folded hands not to generalise the entire industry to be the same, and blame everyone. This is not right. I would also like to share a message with all fans. You have made us and we will not let you down. If you have any complaint, we will work harder to rectify our faults and win back your love and trust. We are here because of you, so please stay with us. Thank you very much.”

On the work front, Akshay Kumar has an interesting line-up of films. Other than Laxmmi Bomb and Bell Bottom, he will be seen in Farhad Samji’s Bachchan Pandey and Rohit Shetty‘s Sooryavanshi. He also has a pivotal role in Aanand L. Rai’s Atrangi Re alongside Sara Ali Khan and Dhanush. The actor will be seen in Prithvirag which marks the debut of Manushi Chhillar. Also, Akshay Kumar has films Raksha Bandhan and Durgavati in the pipeline.

Did ‘Venom’ star Tom Hardy break lockdown rules by stepping out for a workout session? Find out – Times of India

Sarkari Naukri for 5 Posts, Graduates can Apply Before January 31-...