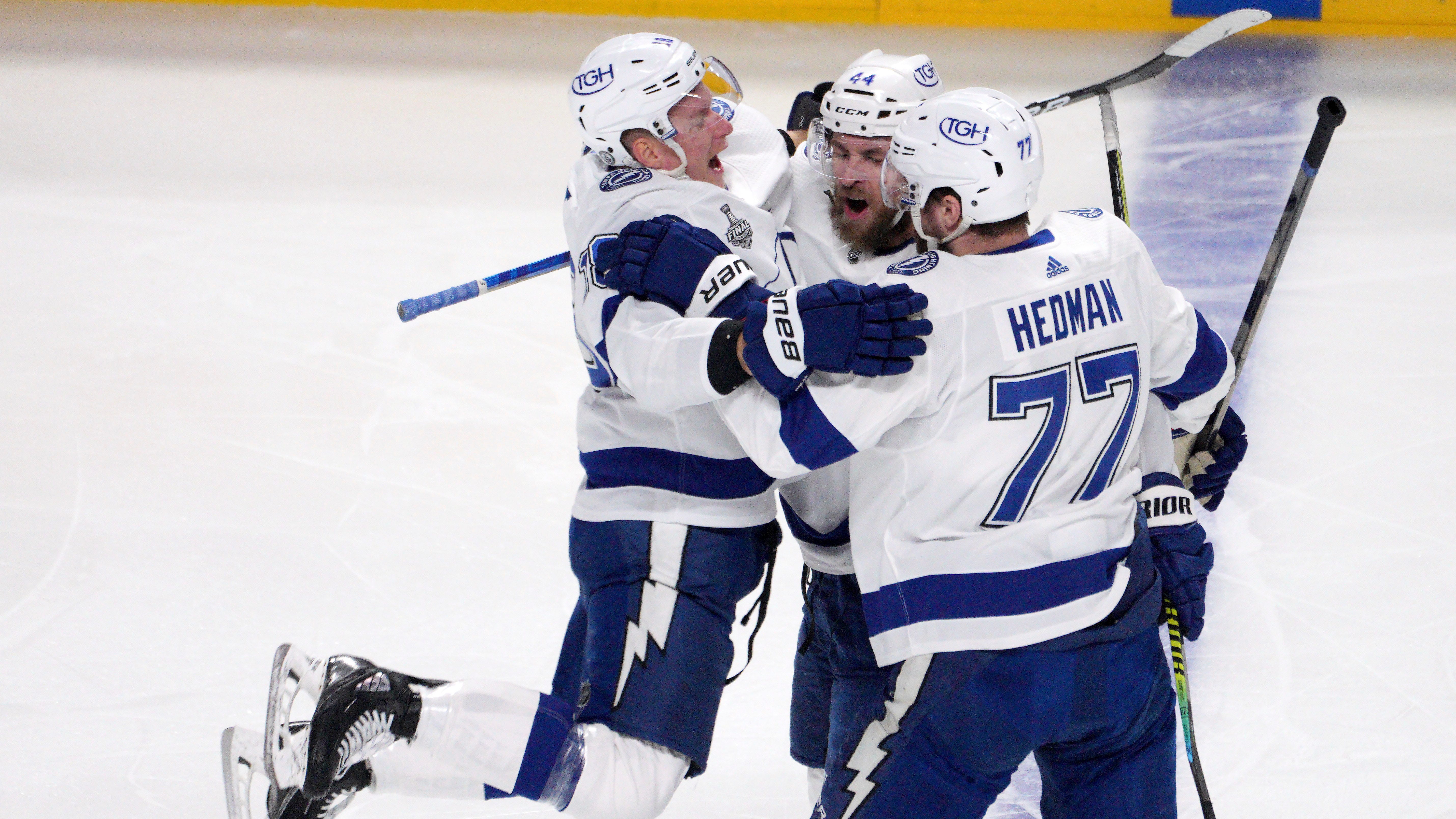 The Tampa Bay Lightning are just one game away from becoming back-to-back Stanley Cup champions after dominating the Montreal Canadiens 6-3 in Game 3 of the Stanley Cup Final on Friday night to take a 3-0 series lead.

The Lightning quickly silenced the 3,500 fans at Bell Centre in Montreal after scoring two goals in the first 3:27 of the first period, with defenseman Jan Rutta putting Tampa Bay on the board first, followed by Victor Hedman who scored a power-play goal after Habs center Eric Staal got called for delay of game.

Montreal was leading in shots on goal and forward Phillip Danault finally capitalized on it, cutting the Lightning’s lead in half to 2-1 nearly halfway through the first period. But their momentum would end there.

Forwards Nikita Kucherov and Tyler Johnson would repeat the start of period one, both scoring goals in the first four minutes of the second period. The Habs were without a single shot on goal for the first seven minutes as the Lightning kept the pressure in their zone.

Montreal’s Nick Suzuki would reignite the Habs, skating coast-to-coast to beat goalie Andrei Vasilevskiy between the legs to score a much-needed goal with just 1:56 left in the period.

The third period proved to be the best — and worst — hockey of the night.

Johnson would score his second goal of the night to improve the Lightning’s lead to 5-3 but the Habs would pull goaltender Carey Price with four minutes left, giving them an extra man on the ice. Forward Corey Perry would score shortly after.

But Blake Coleman would soon finish off the unraveling Canadiens with an empty netter.

Montreal will have two days rest before trying to fight off elimination in Game 4 at Bell Centre on Monday night.