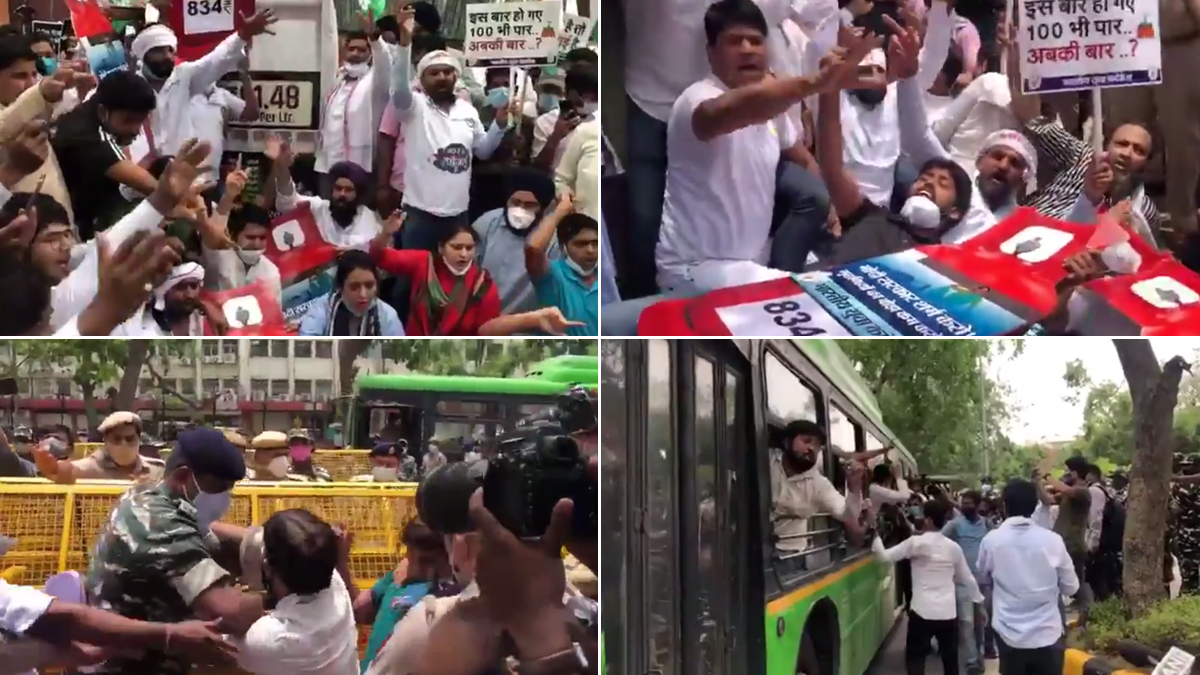 New Delhi, July 3: Indian Youth Congress (IYC) workers on Saturday staged a protest outside the Petroleum Ministry in the national capital against a hike of Rs 25.5 per Liquified Petroleum Gas (LPG) cylinder.

Speaking to the media, IYC National President Srinivas BV said, “The people of the country are seeking liberation from the ‘expensive days’ of the Bharatiya Janata Party (BJP) government.”

Taking a jibe at the BJP government, the IYC leader said the BJP’s ‘achche din’ are now proving to be ‘costly din’.

“Poor people are facing the brunt of inflation while buying LPG. The countrymen are compulsorily paying the price of so called ‘acche din’ by buying expensive items. They want freedom from such so-called ‘acche din’,” he added.

Srinivas said the people are facing extreme unemployment, economic helplessness and high inflation, the income of 97 per cent families has come down. “During the current BJP government’s tenure, the prices of gas cylinders have increased more than double as compared to the Manmohan Singh government,” he added.

THE IYC leader said during the BJP government, the price of domestic gas cylinders has increased by up to Rs 140 in the last six months.

At the same time, the price of commercial cylinders has also increased by Rs 76.50. What is the Modi government punishing the public for?, asked Srinivas.

IYC National Media in-charge, Rahul Rao, said this loot by the BJP government has damaged the budget of the women. The women ministers of the BJP, who were in the opposition earlier, used to protest on the roads against a marginal increase in the price of gas cylinders, but today all of them and other BJP leaders are silent. The people will never forgive them for this.

(The above story first appeared on LatestLY on Jul 03, 2021 05:59 PM IST. For more news and updates on politics, world, sports, entertainment and lifestyle, log on to our website latestly.com).