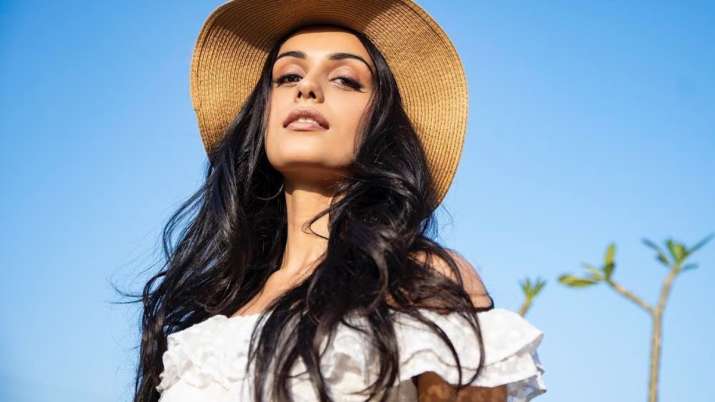 Former beauty queen Manushi Chhillar, who is all set to make her Bollywood debut, says she is a fan of the films of director SS Rajamouli, and can watch his works on the loop. “Rajamouli sir is one of the finest filmmakers of our times and I’m a huge fan of his work. They are simply pathbreaking, and he has given Indian cinema some of the most iconic films to cherish. ‘Bahubali’ and ‘Magadheera’ are my absolute favourite Rajamouli films and I can watch them on loop,” Manushi said.

She hopes her hard work is noticed by the visionary filmmaker one day, and she gets a chance to work with him.

“Watching ‘Bahubali’ was an experience that made me want to be a part of these big, grand, fantastical projects that entertain the nation. I can only wish and hope that I work really hard consistently to be able to be a part of such projects in the future,” Manushi said.

Manushi is all set to make her Bollywood debut opposite Akshay Kumar in the upcoming film, “Prithviraj”. Directed by Chandraprakash Dwivedi, “Prithviraj” is based on the life of King Prithviraj Chauhan. It stars Akshay as Prithviraj, while Manushi plays Sanyogita, the love of his life. She will also be seen starring opposite Vicky Kaushal in a yet-untitled film.

On the other hand, Manushi Chhillar is starting a social media campaign on nutrition. She wants to tell people about the positives of eating right. “I have been told repeatedly that we are what we eat and we have to be very cognizant about what we intake,” said Manushi on National Nutrition Week, which commenced on Tuesday.

She added: “Proper nutrition has manifold health benefits and through my social media, I intend to tell as many people as possible about the positives one can unlock by eating right.”

Manushi credits her doctor parents for inculcating the knowledge about how proper nutrition can be a game-changer.

“My parents are doctors and they have always told me that our eating habits define our total health. With this learning, I have been able to lead a very balanced life because awareness about nutrition is key for anyone to understand whether they are planning their meals correctly,” she said.

Neha Kakkar makes her relationship with Rohanpreet OFFICIAL, shares photo calling him ‘mine’