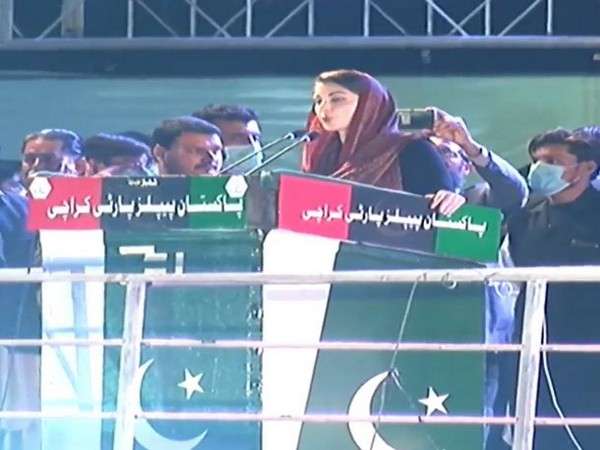 Former Pak Prime Minister Nawaz Sharif’s daughter and Pakistan Muslim League-Nawaz (PML-N) Vice President Maryam Sharif on Monday informed that the police has arrested her husband Captain Safdar Awan. She took to her Twitter handle and wrote, “Police broke my room door at the hotel I was staying at in Karachi and arrested Capt. Safdar.”

Police broke my room door at the hotel I was staying at in Karachi and arrested Capt. Safdar.

Captain Safdar’s arrest comes hours after Maryam held a rally in Karachi against Imran Khan administration. The rally was organised to stage protest by Opposition parties of Pakistan against the ruling government.

In the rally, she vowed to bring her father Nawaz Sharif back to power and send PM Khan behind bars.

At the Sunday’s anti-government rally she accused that Khan has taken Federal Investigation Agency, Federal Board of Revenue, Securities and Exchange Commission of Pakistan under his control.

While taunting the Prime Minister for PTI’s (Pakistan Tehreek-e-Insaf) recently failed 126-day sit-in on Shahrah-e-Dastoor, PML-N leader said, “You [PM Imran] addressed empty chairs, dug democracy’s grave, [and yet] Nawaz Sharif never took your name. Even today, you will long for it but Nawaz Sharif will not even take your name, because children have no role in the fight between elders.”

This was the second power show of the 11-party opposition alliance PDM (Pakistan Democratic Movement). The first was held in Gujranwala in Lahore.