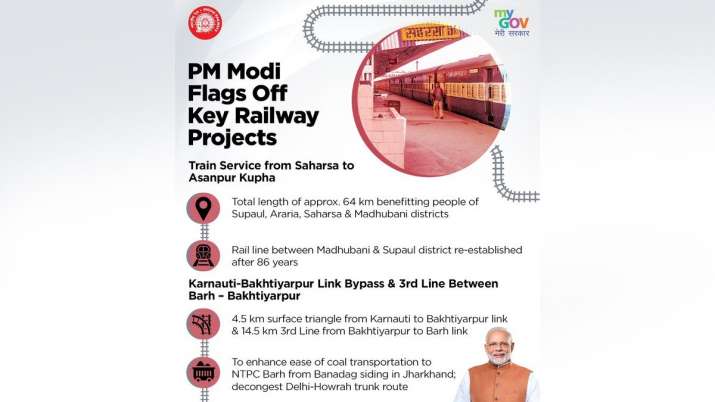 These projects are likely to provide massive infra boost and generate employment in the state which has seen thousands of migrants return to their home state during the pandemic.

However, the real BIG announcement of today was the Kosi Rail Mahasetu. A mega rail bridge over Kosi is a long-standing demand of the people in the region.

The region has been seeking a bridge for almost 100 years. In 1887, a meter gauge rail link between  Nirmali and Bhaptiahi (Saraigarh) was washed away in the Kosi floods. Since then several attempts to start a new rail-line were stalled due to technical problems mainly due to the challenges of nature of the Kosi river that changes its route.