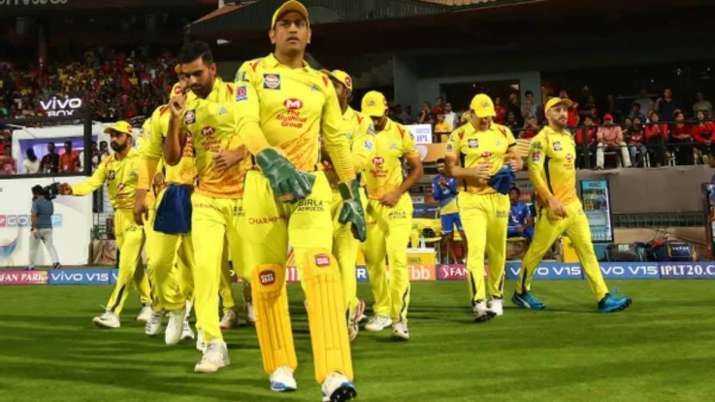 One of the very many reasons behind the Indian Premier League’s ascent to becoming the most entertaining cricket tournament in world cricket has been this man. And that goes back to the period when India were still in two minds about the concept of IPL. A little more than 13 years back, India were still suspicious about the new boy in the block named T20 cricket. Had it not been for MS Dhoni and his young India side on that 2007 night in Johannesburg, the spring of T20 cricket would have arrived late in the country. India were suddenly enamoured with the concept and shortly later IPL was conceptualised. 13 years later, even while many T20 leagues have come about all around the globe, IPL stands tall, with its standard of cricket arguably better than international level. And that man, Dhoni, he on Sunday became the first player ever to feature in 200 IPL matches. In this piece, we look at the journey of Chennai Super Kings captain ne route to his historic feat in IPL.

Arrival at his adopted den…

Four months after Dhoni led a second-string Indian side to T20 glory, he became a millionaire. On February 20, 2008, long after the inaugural IPL auction had ended in Mumbai, the headlines still screamed: “Chennai buys Dhoni for US$1.5 million.” And just Dhoni in run chases, the bidding war had all gone down to the wire with almost all teams bidding for India’s World Twenty20-winning captain, whose base price was US$400,000. At US$900,000 mark, only Chennai and Mumbai remained alive in the contest. But at US$1.5 million mark, Mumbai had withdrawn from the race. “Reliance [Mumbai’s owners] immediately went up for around US$1.3 million, and we put up US$1.5 million. We knew they couldn’t match that as they had Sachin Tendulkar as their icon player, who would have to be paid 15% more, and their spending for just two names would have crossed US$3 million.” a source in Chennai’s auction team was quoted by ESPNCricinfo.

But why this high for Dhoni? Yes Chennai did not have an icon player, a concept from the initial years of IPL. VB Chandrasekhar, who was party of the Indian selection committee that had picked Dhoni back in 2004, had raised that US$1.5 million paddle for Chennai, and he later explained saying, “But for us, a player like that is priceless. He can create ripples with his game, and we can get our team to play around him.”

Less than two months later, Dhoni showed why this high. Batting first in their fourth game against Royal Challengers Bangalore at Chinnaswamy, CSK were struggling for momentum having scored only 102 for three in 15 overs when Dhoni stepped on the gas. He smashed 23 off an over against Dale Steyn and then pulled Zaheer Khan for 14 off the first four balls in the final over. He eventually finished with 65 off 30 and stitched 84 off the last six overs alongside Michael Hussey to guide Chennai to 178. CSK won the match by 13 runs to script their fourth straight win. The franchise had finished third in the points table before reaching the final where they lost to Rajasthan Royals.

No team has ever managed to win the IPL in consecutive seasons among the three franchises who have lifted the trophy more than one time, not even Mumbai Indians, who have a record four titles to their name. Chennai had set the unique feat back in 2011 when they had successfully defended the title in the final against RCB at home.

Just like in 2020, Dhoni’s men struggled to win just two of their first seven matches. And just like Imran Khan’s cornered tigers in 1992 World Cup, they rose from the ashes to win five of their next seven to make it to the playoffs, en route to which Dhoni produced a classic innings, smashing an unbeaten 54 off 29 in Dharamsala against Kings XI Punjab. And then in the final against Mumbai Indians, who like England in 1992 dominated the league proceedings with even a win against CSK, Dhoni besides his 100-run partnership in the last eight overs alongside deputy Raina, made some key tactical decisions to outsmart Mumbai.

In the following final, a season later against a rampaging RCB at home, CSK had produced a near-perfect game with the highlight onve again being Dhoni’s tactical choice of given R Ashwin the first over against a marauding Chris Gayle, who was eventually dismissed for a duck.

CSK continued their consistency in the league under Dhoni, who by then was already considered one of the best limited-overs mind of the generation. They reach the playoffs in their next four seasons and made it to the finals three times, but failed to lift another trophy.

After 2015, Chennai, along with Rajasthan Royals were suspended from the league for two consecutive seasons and Dhoni was roped in by Rising Pune Supergiants for US$1.8 million while also being named as their skipper. Some of his key performances from those two seasons include that 23 off the last over off Axar Patel against Kings XI Punjab, an unbeaten 61 off 34 against SRH in 2017, and an unbeaten 40 off 26 that helped RSP reach the final.

However, Dhoni’s time away from Chennai wasn’t all glory as it had always been in IPL. He was criticised during the 2016 season for his poor run of form with the bat while RSP finished seventh in the group stage with just five wins and nine defeats. He was eventually axed from his role the next season and Steve Smith was named as the new captain.

Dhoni was retained by CSK on their return from IPL suspension and in his very third game, against KXIP, he pulled off an unbeaten 79 off just 44 balls and a week later orchestrated CSK’s chase to 206 against RCB with a thundering 70* off just 34. But this Chennai team was far different from the one IPL had witnessed before 2015. Most of its core players were above 30, hence was a side filed with experience, and was often hilariously mentioned as the ‘Dad’s army’. CSK eventually finished with nine wins in 14 games to finish second before defeating SRH twice – first in Qualifier 1 and second in the final to win the title for the third time.

Dhoni however played down the big milestone and only admitted to being fortunate enough to feature in 200 IPL games.

“You spoke about it and that’s how I got to know (referring to his 200th IPL game). It feels good but at the same time it’s just a number. I feel fortunate to play for such a long time without many injuries,” he said on Monday.