How to watch McGregor vs Poirier 3 Reddit? – SociallyKeeda.com – Socially Keeda 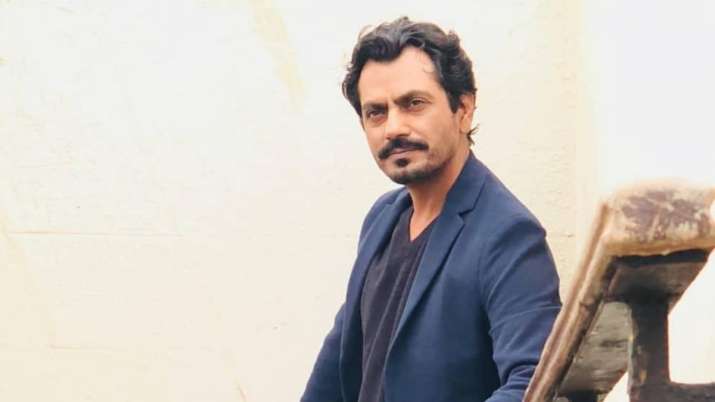 Even as actor Nawazuddin Siddiqui faces a police complaint filed by his estranged wife, accusing him of rape and cheating, his brother Shamas Nawab Siddiqui has come out in his defence. Shamas has claimed that the charges are false, adding that he would approach Bombay High Court over the matter. Shamas made his assertion over a couple of tweets after the actor’s wife had filed her complaint at Versova Police Station.

“I ws never on d run, I ws out fr my next film’s recce & in regard to d false complaint against me, it has been stayed by d Hon’ble Bombay High Court. The complaint against Mr. Nawazuddin Siddiqui is also false & will be heading to Hon’ble BHC for this too,” wrote Shamason his verified Twitter account. He tagged his post with #SatyaMevJayate.

I ws never on d run, I ws out fr my next film’s recce & in regard to d false complaint against me, it has been stayed by d Hon’ble Bombay High Court
The complaint against Mr. Nawazuddin Siddiqui is also false & will be heading to Hon’ble BHC for this too.#SatyaMevJayate

“Chahe to 10-12 Jhoote cases kar do but Mai apna 2.16 Cr tumse court mein le kar hi rahunga… Parivaar ko bhi jhoote cases mein phasaya ja raha hai aur ye saza mil rahi hai 30 crore ki demnd puri na karne ki… (You can file 10-12 false cases if you want but I will take back my 2.16 crore from you… my family is being accused in false cases, which is a punishment for not fulfilling the demand of 30 crore…)” the upcoming filmmaker wrote in a separate tweet.

Shamas’ tweet comes after news reports emerged earlier in the day claiming that Nawazuddin Siddiqui’s estranged wife, who now uses her maiden name, has filed a written complaint against the actor accusing him of rape and cheating.

According to a report in zoomtventertainment.com on Wednesday, her lawyer has issued an official statement that reads: “My client had submitted a detailed written complaint to Versova Police Station for Rape, Cheating and Deceitfully causing cohabitation by inducing her a belief of lawful marriage, under sections 375, 376 (k), 376 (n), 420 and 493 of the Indian Penal Code against Mr Nawazuddin Siddiqui. Hopefully, the F.I.R will be registered soon.”

Recently, she had registered an FIR against Shamas, reportedly accusing him of molestation. Shamas’ anticipatory bail plea was rejected by a Mumbai court on September 14.

who is behind for all this and why they are doing ? wait for 2 days.
🦾

“Shamas Siddiqui accused in FIR 285-2020 has to be immediately arrested for custodial interrogation Shamas Siddiqui has political clout. I fear that he may escape. Please help. Sessions Court whilst rejecting his bail has made important observations @NCWIndia @CPMumbaiPolice,” she had tweeted on September 16 tagging the official accounts of the National Commission for Women and the Mumbai Police Commissioner in her tweet.

On Monday (September 21), Nawazuddin’s estranged wife had tweeted claiming Shamas has been absconding for almost a week and that he is wanted by the Police for serious crimes.

“@ShamasSiddiqui is absconding since almost a week & Police are on the look-out for him. He is wanted for serious crimes. Anyone having any information of him, please share so that he can be duly arrested for custodial interrogation as per Court Order. Please help,” reads her tweet from Monday.

Reacting to her Monday’s tweet, Shamas mentioned in his Wednesday evening tweet that he was never on the run but was out for his next film’s recce.

Shamas is all set to make his Bollywood directorial debut with the film “Bole Chudiyan” starring Nawazuddin Siddiqui and Tamannaah Bhatia.