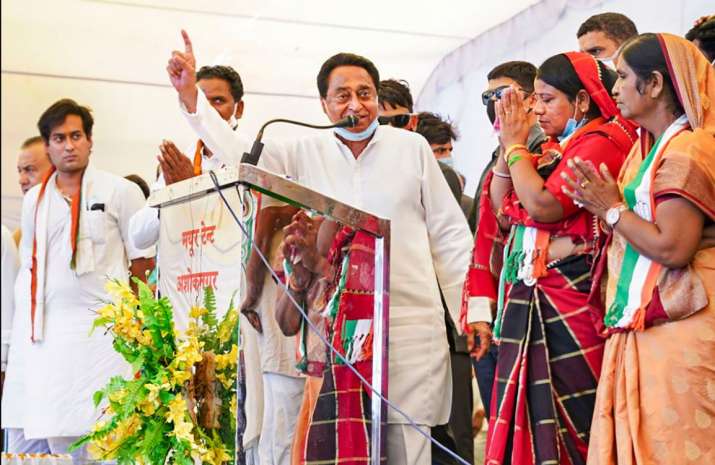 The National Commission for Women (NCW) on Monday sought an explanation from former Madhya Pradesh Chief Minister Kamal Nath for his “item” jibe against state minister Imarti Devi. The women’s body has also forwarded the matter to the Election Commission for necessary action. “The Commission strongly condemns this irresponsible and disparaging statement made by the leader,” it said in a statement.

“The words used in the video are highly defamatory and shows disrespect towards the dignity of a woman.”

The panel further said, “At a time when we want more women to enter politics, such disrespectful remarks against a woman leader, that too from a person holding such a responsible position is very unfortunate,” it noted.

Nath, who heads the Congress in Madhya Pradesh, also came in for flak from Bahujan Samaj Party leader Mayawati, who asked Dalits to “teach the Congress a lesson” over the remark.

Imarti Devi, the state’s women and child development minister, who quit the Congress to join BJP, is a Dalit leader. Hitting back at state Congress chief Kamal Nath, Imarti Devi said he did not know how to respect a Dalit woman and had lost his mind after losing the chief minister’s post. “He (Nath) does not know how to speak decently. He belongs to Bengal and is not from Madhya Pradesh. What does he know about respecting a Harijan (Dalit) woman? Nath went mad after resigning as chief minister and he can say anything.” she said.

Later in the day, Nath apologised for his comments. “If somebody is hurt by my item remark, then I’m sorry for that,” he said.

Coronavirus: Talking can spread COVID-19 as much as coughing, claims study...