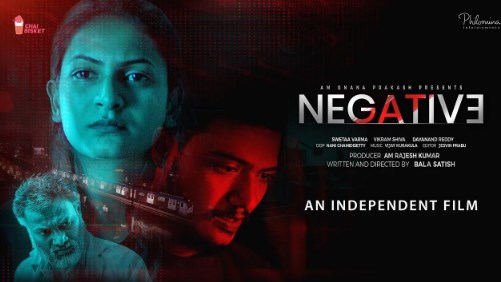 Negative is a thriller drama. The story revolves around a man who is depressed and wants to commit suicide in order to change things around him and get him back to life. It is an Indpendent film with a running time of only about 50 minutes.

Negative is an Independent Feature film with a running time of approximately 50 minutes. Creators planned to release it on the OTT platform but decided to stream it directly on YouTube for unknown reasons.

Negative movie starring Bigg Boss star Swetaa Varma has been released direct to YouTube on January 2, 2022. Bala Satish wrote and directed the story, while Am Rajesh Kumar financed this project.

Negative Movie has already been released on the YouTube channel “Chai Bisket” on January 2, 2022. Although it has been released on YouTube, it is getting good response from viewers in numbers of views.