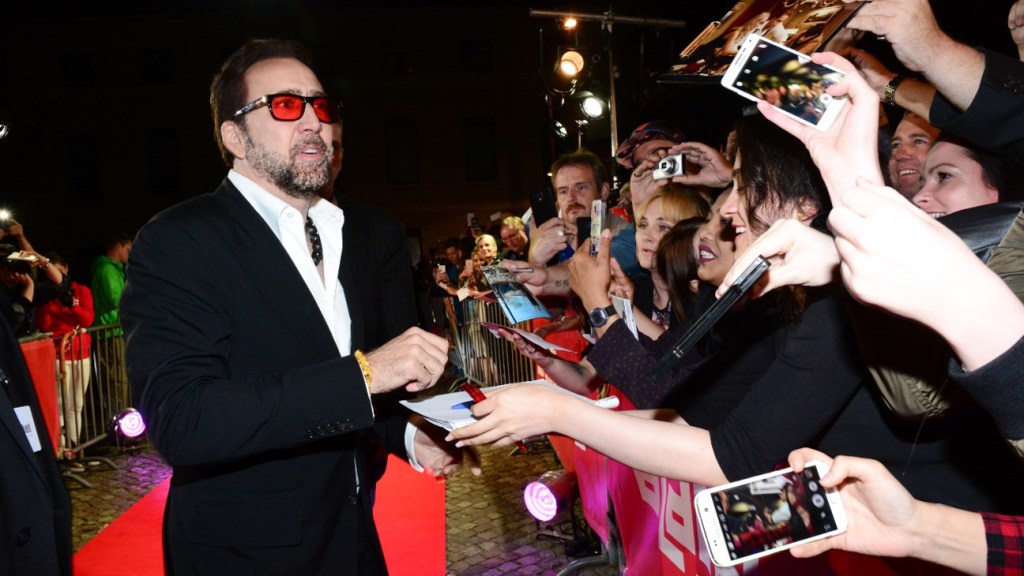 Oscar-winner Nicolas Cage is probably the biggest star to walk Oldenburg’s cobbled streets, but the 2016 lifetime achievement honoree quickly made himself at home.

“I got a call from an Oldenburg dive bar: Nic had hit it off with a local bowling club and was buying everyone drinks. ‘You’ve got come down, Torsten!’’ he said. I told him: ‘But I have this festival to run.’”

WHEN THE WILSON BROTHERS WENT BACK TO SCHOOL

Oldenburg’s “secret parties” — held every year at a different, one-time-only location, are a festival tradition. In 2015, when Andrew Wilson and Luke Wilson brought their directorial debut The Wendell Baker Story to the festival, the hot spot was an abandoned elementary school.

“We brought out the gym mats and threw them on the  floor and passed around the beers.” The Wilson brothers, in a classic bit of childhood regression, even joined in for a round of spin the bottle.

BEFORE KEIRA WAS KEIRA

She had already shot Bend It Like Beckham, but it was before it hit theaters and made her a global star, so Brit actress Keira Knightley was a complete unknown when she visited Oldenburg for the German premiere of 2001 horror thriller The Hole. No one at the festival remembers the film, but no one can forget Kiera.

“Every photographer said: ‘That one’s a superstar.’”

WHEN ‘HONEY BUNNY’ ROCKED THE JVA

Oldenburg’s “jail screenings” — held at the city’s maximum-security prison, the JVA Oldenburg — are a festival highlight. Only inmates on their best behavior can join the gala, but in 2016 when Amanda Plummer presented Pulp Fiction at the “Alcatraz
of the North,” the guards almost lost control.

“There was a moment when everyone went crazy, whooping and yelling. They just couldn’t believe ‘Honey Bunny’ was in the same room with them.”

“Tracking down [Woodstock and Wolfen] director Michael Wadleigh for our 2008 tribute was incredibly difficult — we
finally found him via Jim McBride — Michael was the cameraman on Jim’s first film, David Holzman’s Diary (1967). He came down by car from Wales with his entire family — wife, two kids, dog and, I’ll never forget this, a raven. The raven
stayed in the hotel with them the whole festival.”