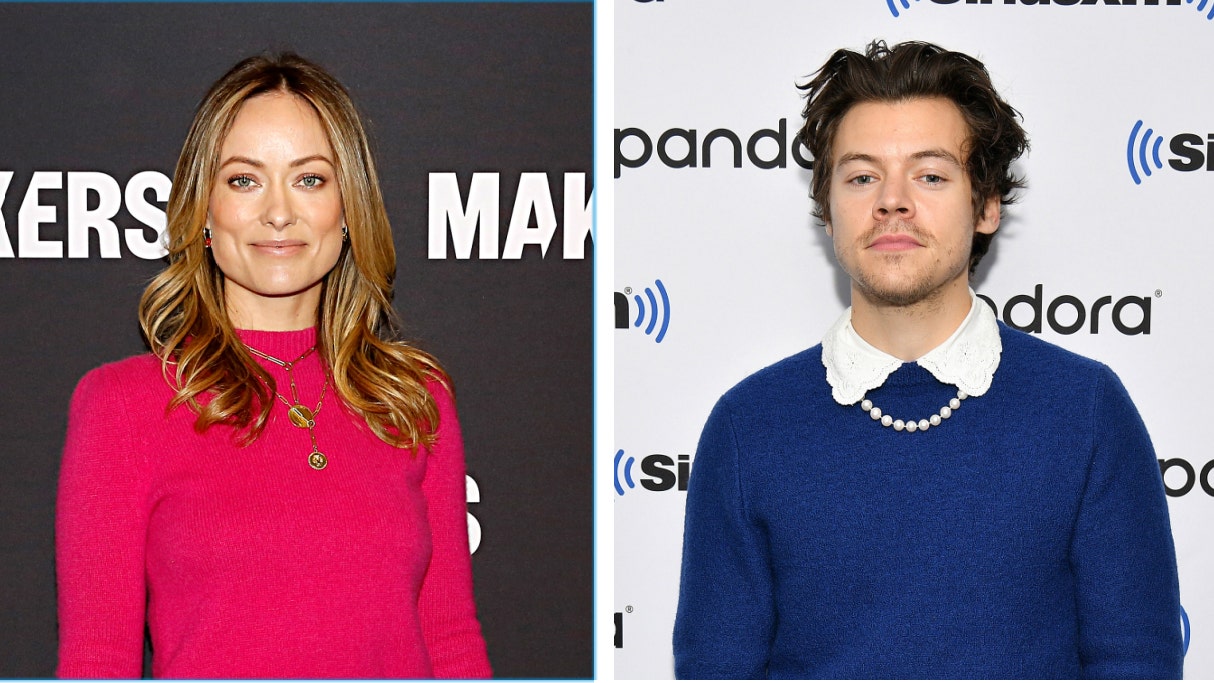 Olivia Wilde is enjoying her romantic vacation with Harry Styles in style.

In photos exclusively obtained by Page Six, the “Booksmart” director, 37, showed tons of PDA with the pop star, 27, aboard a yacht in Monte Argentario, a region of Tuscany, Italy, while wearing a navy blue swimsuit.

The bikini featured a sporty balconette top, which she pulled down while tanning her upper chest, and pocket details on the back of the high-waisted bottoms.

It seems Wilde was in sync with her beau, who wore a blue pullover with a baseball hat of the same color along with black Nike running shorts.

Styles opted to keep his shorts on as he took a dip in the water, pulling up the sides to get some sun on his thighs and show off his tiger tattoo.

They have been vacationing in Tuscany for the past week after the “Watermelon Sugar” singer wrapped filming on his new movie, “My Policeman,” in England.

Wilde was also previously in the UK, spending time in London with her son, Otis, 7, and daughter, Daisy, 4, whom she shares with ex-fiancé Jason Sudeikis.

Page Six exclusively reported in January that the two were dating after meeting on the set of their upcoming psychological thriller, “Don’t Worry Darling,” which Wilde directed.