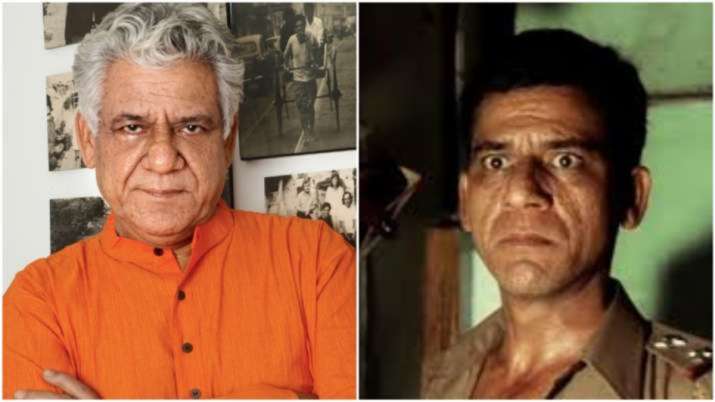 Counted amongst one of the versatile actors of the Bollywood industry, late Om Prakash Puri was born on 18 October 1950 in Ambala in a Punjabi family. He began working at a very young age and did odd jobs like working at a dhaba and tea stall. But this did not stop him from completing his education and he joined the National School of Drama after which he went to the Film and Television Institute of India. Having featured in the film Chor Chor Chhup Ja, his debut in the mainstream is considered by his performance in a Marathi movie Ghashiram Kotwal in the year 1976. He has earned his fan following with his performances in art as well as commercial movies which is why on his 69th birth anniversary, it would be appropriate to remember him through 5 films that have set a benchmark in Indian cinema.

Aakrosh, which was the debut film of ace director Govind Nihalani, won 1980 National Film Award for Best Feature Film in Hindi and several Filmfare Awards. It was based on the corruption in the judiciary and victimisation and suppression of underprivileged.

Directed by legendary director Satyajit Ray, Sadgati was primarily made for TV. The 1981 film was based on a short story by famous writer Munshi Premchand. Om Puri played the role of a poor village shoemaker.

The 1983 film introduced the genre of dark satire in Bollywood. It revolved around rampant corruption in politics, bureaucracy, media, etc and also featured Naseeruddin Shah, Pankaj Kapur, Satish Shah, Satish Kaushik and Neena Gupta. Om Puri played the role of a builder, Ahuja in the movie

Om Puri played the role of a fair and frustrated cop in this 1983 movie, directed by Govind Nihalani. The film had actors like Amrish Puri, Smita Patil and Naseeruddin Shah. Om Puri won the National Award for his stellar acting in the film.

The 1987 film, directed by Ketan Mehta, had critically acclaimed actors in leading roles such as Naseeruddin Shah, Om Puri and Smita Patil. The movie is set in the background of colonial India.