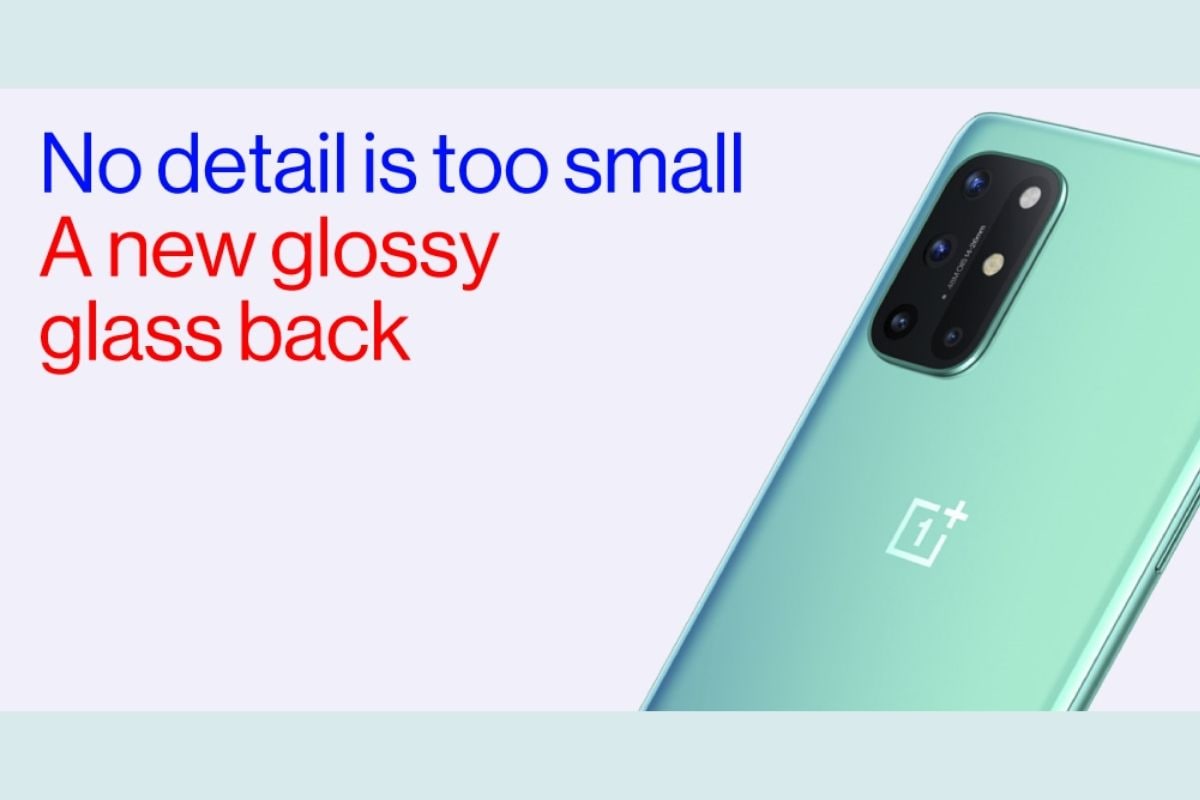 The OnePlus 8T will come with a flat display, the company had revealed earlier this week.

In his post, Lau said that it took OnePlus’ industrial design engineers four months to come up with the perfect gloss black cover for the new Aquamarine Green variant of the OnePlus 8T. He said that the glossy back cover of the OnePlus 8T takes advantage of diffuse reflection, a form of light refraction that scatters light in an expansive array of angles and directions, to produce a clean, gleaming surface that avoids catching fingerprints. Further, Lau said that the company also tested hundreds of films before finalising the one to protect the back panel. He said that the film on the OnePlus 8T contains seven layers that compliment the high-gloss finish and bring out a unique shade of green and blue. “For the OnePlus 8T, we were able to produce one of the most advanced films in the industry, achieving a high-quality finish that raises the OnePlus standards for beautiful design,” Lau said in the post.

OnePlus has been teasing the OnePlus 8T ahead of the smartphone’s highly anticipated launch on October 14. The company has now given OnePlus fans an idea as to what the phone will look like, as the company teased a flat screen on the smartphone earlier this week. OnePlus has been teasing something or the other about the OnePlus 8T almost every day, building up the hype ahead of the virtual launch that will take place on October 14 at 7:30PM IST leading up to the October 14 launch event.

OnePlus 8T will be launched with a 120Hz display, 65W Warp Charge technology, an ultra-wide angle front camera, and 5G support. OnePlus CEO Pete Lau has also said earlier that there will be no “Pro” version of the OnePlus 8T. While that is all OnePlus has revealed as of now, the phone has been subject to many leaks and rumours. In terms of specifications, the OnePlus 8T is expected to house Qualcomm’s Snapdragon 865+ chipset, along with 8GB of RAM. The phone is said to come with a quad-camera setup at the back, house in a rectangular-shaped module.