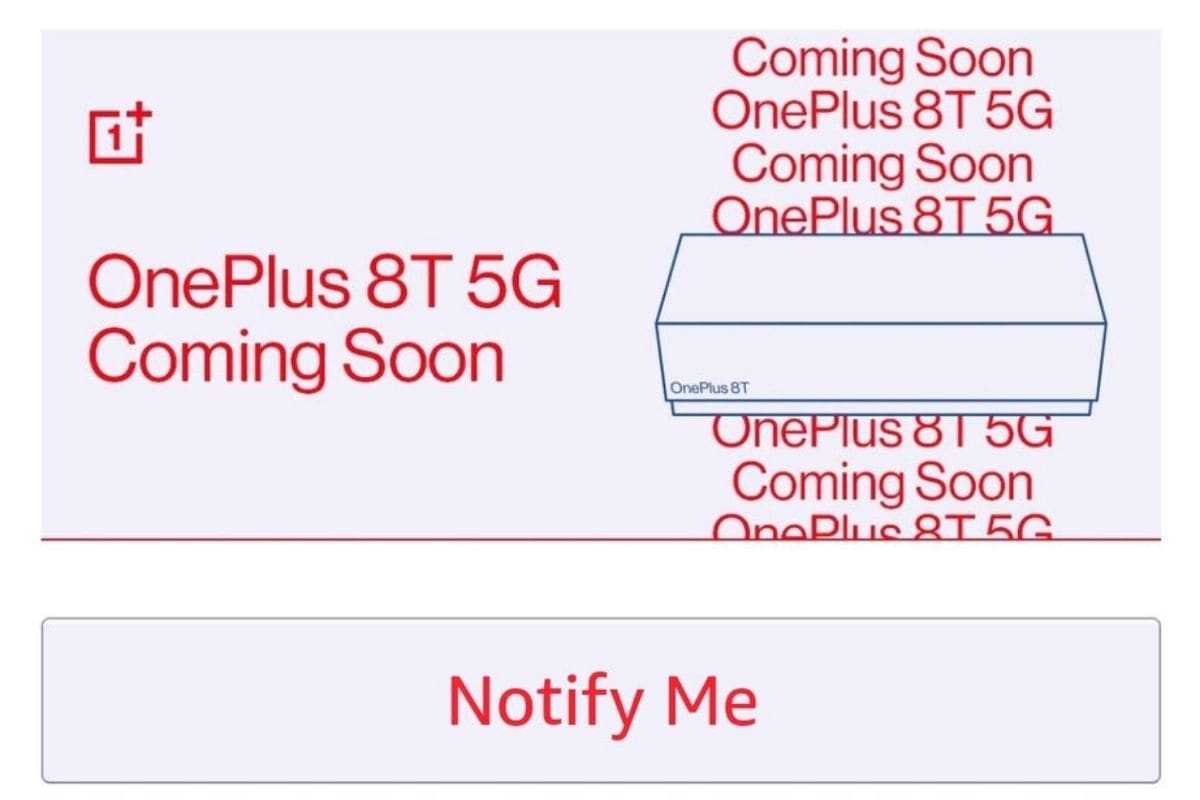 OnePlus will launch the OnePlus 8T featuring its 65W Warp Charge at a virtual event on October 14.


Expecting a lot of OnePlus stuff to launch and not just OnePlus 8T.

Especially for India. Like 8T + almost 5 in total. #OnePlus8T

While we don’t know what these five devices will be, there have already been reports of OnePlus introducing an affordable version of its Oneplus Buds, the Buds Z earphones, a OnePlus Watch, as well as a power bank. Apart from these, some other audio products are also expected to launch at the Chinese manufacturer’s launch event. The expected OnePlus Buds Z are said to be the affordable version of OnePlus’ buds already in the market. The OnePlus Watch, on the other hand, has been much talked about. The OnePlus Watch is expected to arrive with a circular design. It also received certification from Singapore’s Infocomm Media Development Authority (IMDA) last month.

In another development, OnePlus founder Pete Lau shared the image of OnePlus’ 65W charging brick on Weibo. The OnePlus CEO’s post also hinted at the new Warp Charge 65 charging cable using USB type-C on both ends. The brick, from what we can see, appears to be even bigger in size than the OnePlus Warp Charge 30T charging brick.

OnePlus 8T is already confirmed to have a 120Hz display, 65W Warp Charging for its 4,500mAh battery, and 5G support. While this is all that has been officially announced, reports have suggested that OnePlus 8T is expected to be powered by Qualcomm’s Snapdragon 865+ chipset, coupled with 8GB of RAM and 128GB of storage. The phone will also come with a quad rear camera setup, which will include a 48-megapixel primary sensor, a 16-megapixel wide-angle camera, a 5-megapixel macro lens, and a 2-megapixel depth sensor. Renders of the phone have also hinted at a hole-punch design, along with a rectangular camera module.