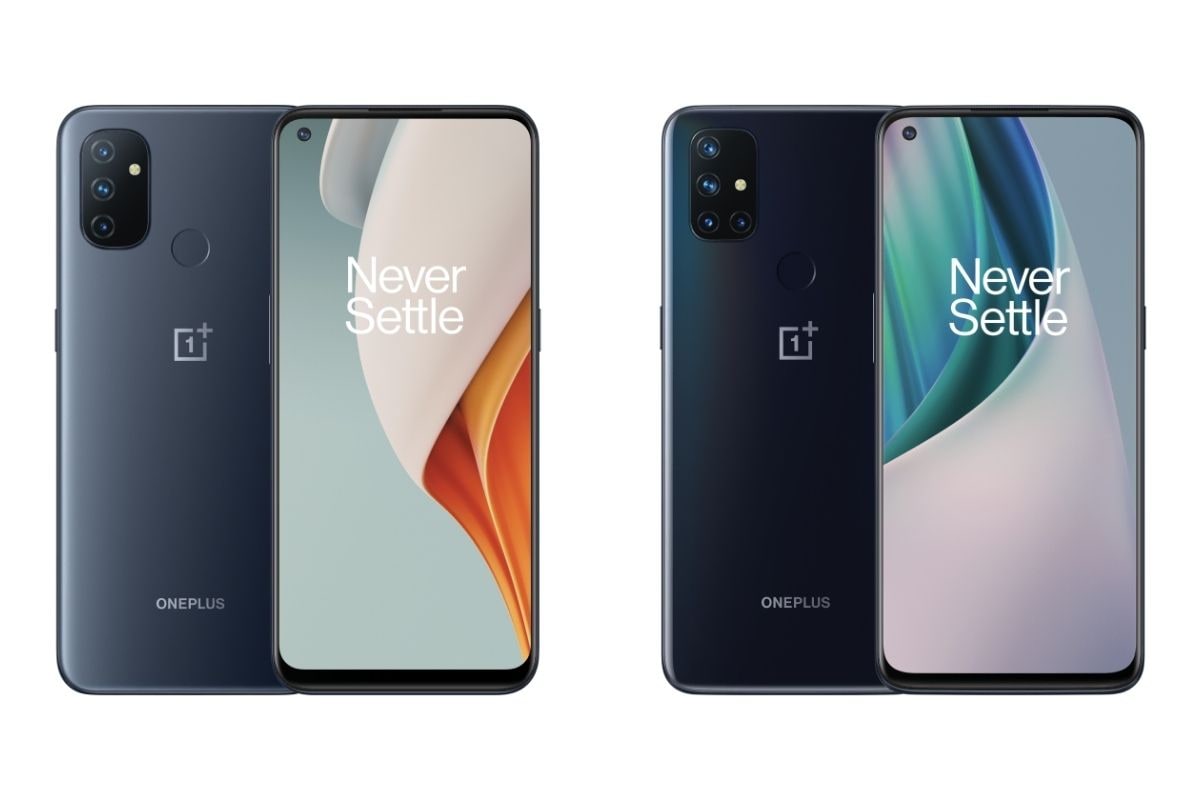 The OnePlus Nord N10 5G and the OnePlus Nord N100 will initially rollout in the European markets, and the company is yet to announce their global availability details even for India. Nonetheless, we can expect its arrival in India as OnePlus has traditionally launched its smartphones in the country where it has a huge fan base. The new OnePlus smartphones are also expected to debut in North America as the OnePlus Nord did not launch there.

The OnePlus Nord N10 5G features a 6.49-inch full-HD+ display with a 90Hz refresh rate and runs Android-based OxygenOS 10.5 out-of-the-box. Under the hood, it packs an octa-core Qualcomm Snapdragon 690 5G SoC, paired with 6GB of RAM and 128GB of onboard storage. The internal storage is also expandable via microSD card (up to 512GB).

The OnePlus Nord N100 sports a relatively larger 6.52-inch LCD display but with HD+ resolution and 60Hz refresh rate. It is powered by the octa-core Qualcomm Snapdragon 460 SoC, paired with 4GB of RAM and 64GB of onboard storage that is expandable via microSD card (up to 256GB).

The rear cameras on the OnePlus Nord N100 are also housed in a rectangular camera module at the top left corner. The triple rear camera setup includes a 13-megapixel primary camera with f/2.2 aperture and EIS support, a 2-megapixel macro camera with f/2.4 aperture, and a 2-megapixel depth sensor with f/2.4 aperture. At the front, there’s an 8-megapixel camera that supports 1080p video recording at 30/fps. Other features on the phone include face unlock, 4G LTE, Wi-Fi, Bluetooth v5.1, GPS/ A-GPS, and a USB Type-C port. The OnePlus Nord N100 carries a 5,000mAh battery that supports 18W fast charging.