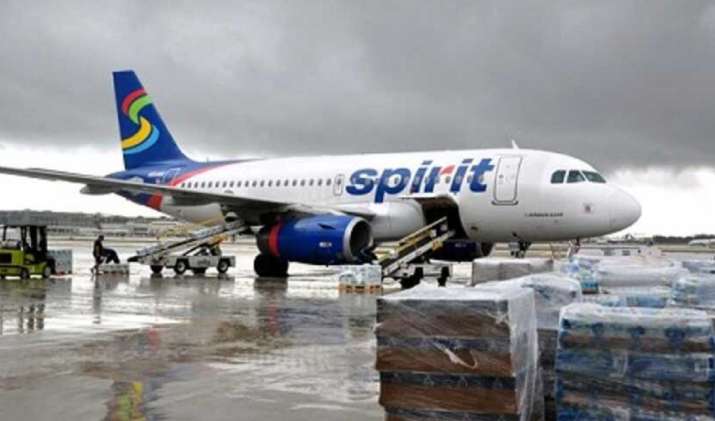 A Spirit Airlines flight that had left from Las Vegas was diverted to Albuquerque after a female passenger died onboard the flight. The incident dates back to July 24, when the 38-year-old woman, a COVID-19 positive patient had boarded the Spirit flight, bound for Dallas-Fort Worth International Airport. According to Stephanie Kitts, a spokeswoman for Albuquerque International Sunport, the woman was unresponsive and had passed away by the time the flight landed.

Details revealed in a police report documenting the incident, the woman had fallen unconscious on the flight and stopped breathing. A member of the flight’s crew tried to administer CPR and passed out from exhaustion.

When the plane landed, emergency crews carried the woman from the jet on a gurney and tried to resuscitate her but gave up after several minutes.

Later, the Dallas County Judge’s Office said the woman was undergoing some medical conditions. Further, an investigation into her death by officials in New Mexico concluded she had died of COVID-19.

The case was handled as a typical medical diversion as the airport managers in Albuquerque were unaware of the fact that the woman was infected with the novel coronavirus.

Officials in Dallas County added the woman to their virus death count on Sunday.

In a release, the country said, “She expired on an interstate airline flight, and did have underlying high-risk health conditions.”

Erik Hofmeyer, a spokesman for Spirit, offered the airline’s condolences to the woman’s family and friends. He said that the airline remains confident in its protocols for handling coronavirus cases and that it works with the Centers for Disease Control and Prevention on any contact-tracing requests.

“Our Flight Attendants have in-depth training to respond to medical emergencies and utilize several resources, including communicating with our designated on-call medical professionals on the ground, using onboard medical kits and personal protective equipment, and receiving assistance from credentialed medical personnel traveling on the flight,” Hofmeyer said.

Meanwhile, the number of passengers on the flight remains unknown along with the fact if they were notified that they might have been exposed to the virus.