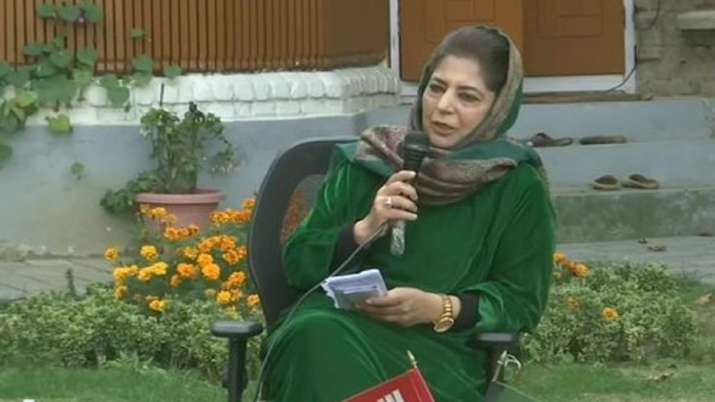 In a letter to party president Mufti, they stated that they are ‘feeling quite uncomfortable over some of her actions and undesirable utterances especially which hurt patriotic sentiments’.

PDP chief and former Jammu and Kashmir chief minister Mehbooba Mufti on Friday said that she was not interested in contesting elections or holding the tricolour till the constitutional changes enforced on August 5 last year were rolled back.

Mufti said she would hold the tricolour only when the separate flag of the erstwhile state was restored.

On Saturday, the Peoples Alliance for the Gupkar Declaration that is fighting for the restoration of special status to Jammu and Kashmir met in Srinagar and named National Conference leader Farooq Abdullah as its chairman and Mehbooba Mufti as its deputy chairperson.

Abdullah asserted that the seven-party alliance is an anti-BJP platform and not an anti-national grouping.