John Cena not even stop in for dinner or? Peacemaker Episode 5 that sums up all the virtues of this HBO Max series. There is humor, action, mystery and some drama in a chapter that flies by. At this point, it’s more than clear that Peacemaker was one of the first surprises of the year. He has been able to adapt the crazy spirit of James Gunn’s films to the series format. 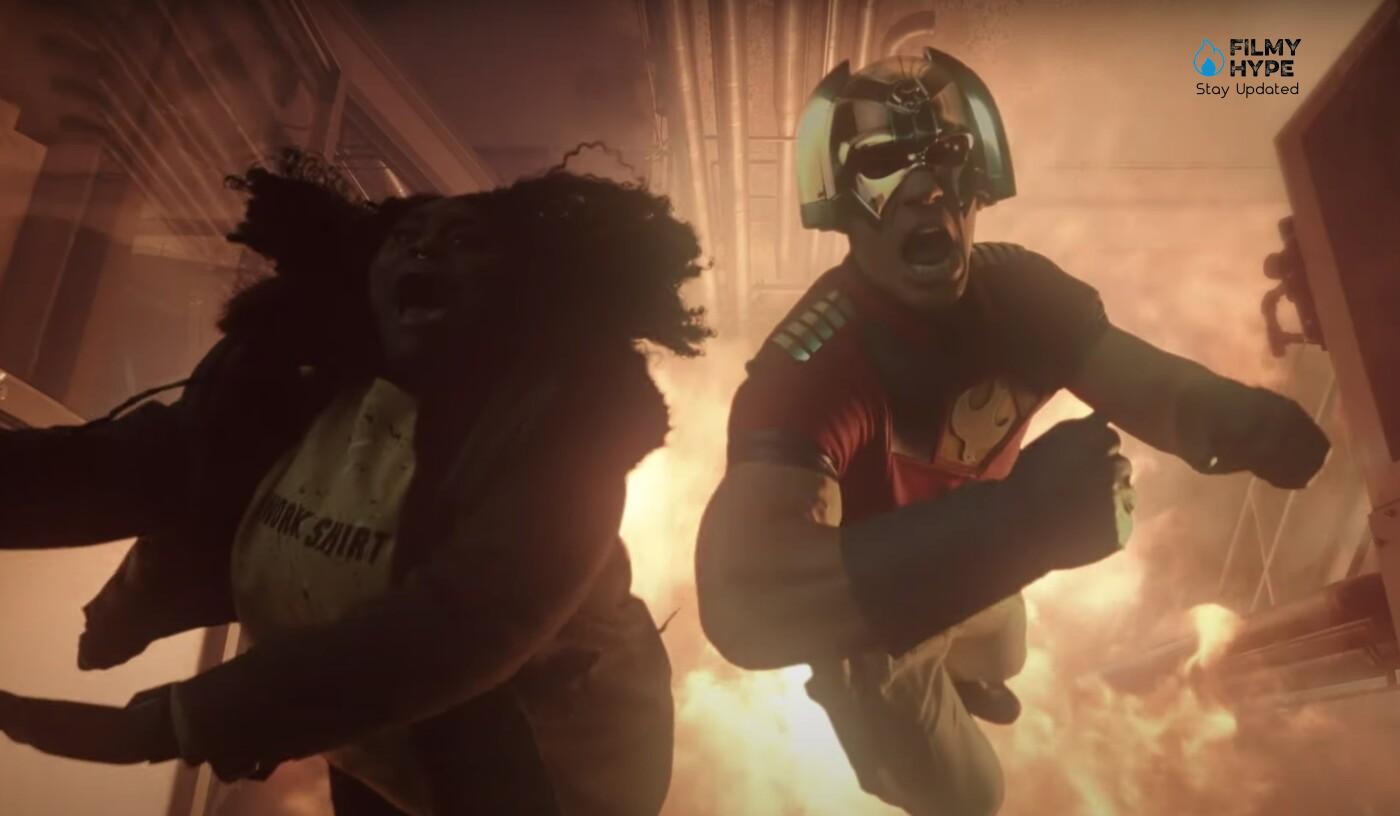 The best thing is that this from Peacemaker Episode 5 (out of a total of 8, let’s not forget) keeps the good rhythm of the first chapters and there are even parts, like the treatment of some characters, where it continues. As Episode Four sees the most dramatic facet gaining some weight, this time we return to restore the dose of wacky action, which is where this HBO Max series shines the most.

John Cena shines in these moments when his lapidary phrases and his poses give us as spectators a great time. But the rest of the team also has their moments to show off. The way we discover the facet of each and all of them as a group is very satisfying. Of course all this is sprinkled with music and this time explicit mentions of Glam Metal groups and “music lovers” between Hardcore, Pacificador and company. There is also a general reference to the DC universe, stay tuned…

But you know we feel a commitment to Vigilante. While we would have liked his hair to be more loose in the rope-handling parts, here Freddie Stroma’s character stands out because of the dialogues he has with his companions, totally absurd. Attention to the moment chihuahua… It’s fair to say that while the script for this chapter is also by James Gunn (and it shows), the direction is in the hands of Rosemary Rodriguez, who already has extensive experience with episodes of Jessica Jones or The Living Dead. The editing and plans of this episode are the best of the series so far.

The mystery side (who are the butterflies? Who plays in them? What role will the White Dragon play in this?) is also cooked up bit by bit in the background, so that it almost unconsciously keeps us hooked on the plot. That’s one of the main virtues of this television series: that it doesn’t seem to slow down at any point. In other similar products, it seems we have to “swallow” shims to be compensated for with the cliffhanger at the end of the episode.

In the Pacifier, the cliffhanger source is also there, but it’s just one more part of an ongoing show, which manages to play with the ridiculous, the comical and the shocking in equal parts. It may be that some dramatic pieces don’t captivate the audience or that the discussions about music seem a bit too forced again, but overall everything is so enjoyable that the more than forty minutes of the episode are like if they were 15.

We won’t tell you more, so you can discover the (some, really crazy) surprises of Episode 5 of Peacemaker for yourself. We’re closing this episode review by saying that the John Cena series is one of the most entertaining shows on HBO Max for now, probably because he isn’t afraid to be who he is, a bit like Chris himself.

A super fast episode, covering all the craziness of this series and the “James Gunn Ghost“. The series holds the bar without any problem. Crazy and fun action, the humor continues to work really well thanks to some delusions.