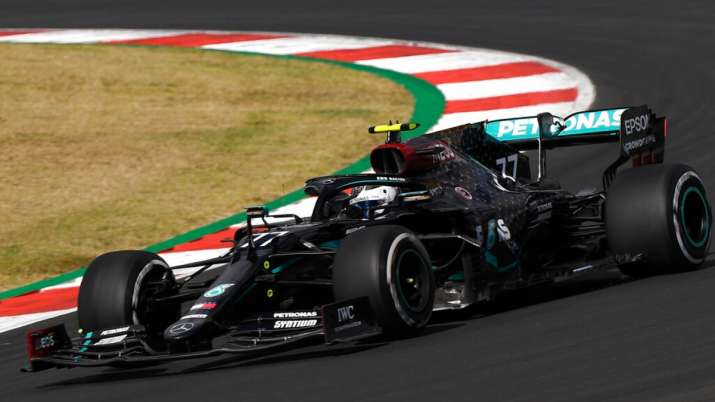 He was .34 seconds faster than teammate Lewis Hamilton and .78 ahead of Red Bull driver Max Verstappen.

Hamilton comfortably leads the championship and his victory two weeks ago at the Eifel GP in Germany tied Michael Schumacher’s F1 record of 91 wins.

The 4.65-kilometer (2.9-mile) circuit in Portimao is undulating with frequent elevation changes and overtaking is difficult. It was used for pre-season testing in 2008 but never before held an F1 race.

It is the second new race on the coronavirus-hit calendar after the Tuscan GP in Mugello last month.

Verstappen and Ferrari driver Charles Leclerc had problems with grip early on, with Leclerc going off track and into some gravel.

The car was undamaged and he finished with the fourth best time.

There is a second practice session later Friday.

Eight injured in ‘suspected terrorist’ stabbings in Sweden – Times of...