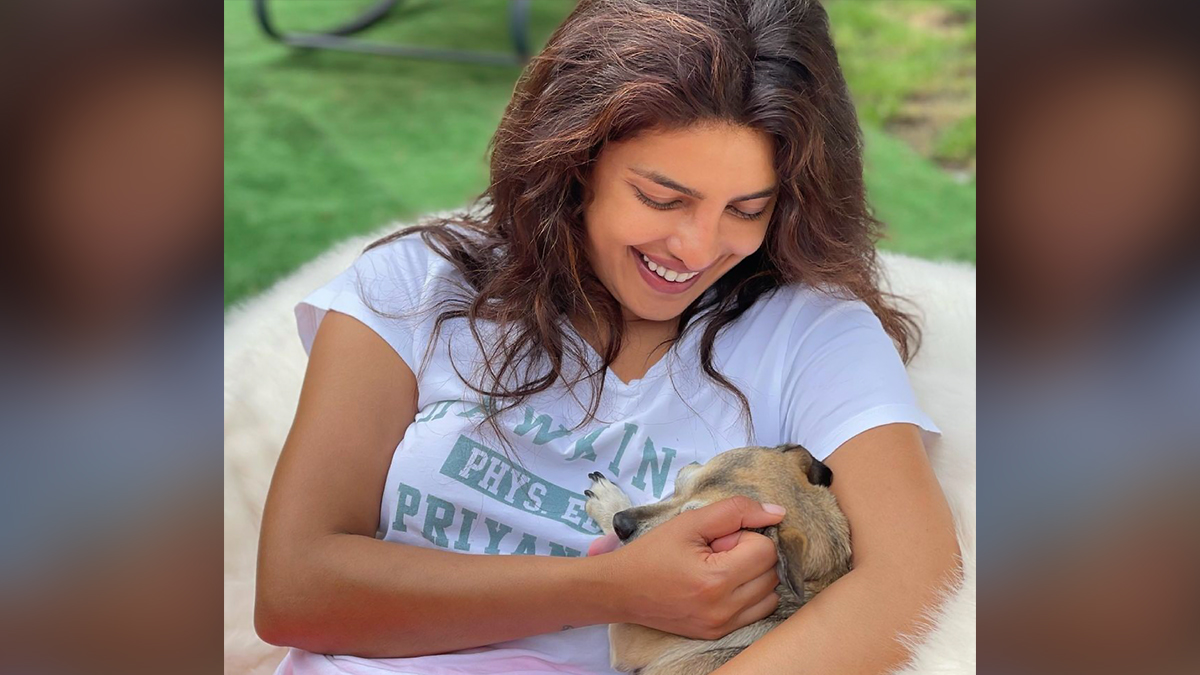 It’s a friends’ reunion! Global star Priyanka Chopra shared adorable pictures on social media as she returns back to her furry friends. Taking to Instagram, the ‘Baywatch’ star shared a series of adorable pictures that captured a moment of bonding between herself and her pet dogs- Diana, Panda and Gino. She captioned the post as, “Reunion #quarantinelife” with a red heart emoticon. Instagram Richlist 2021: Cristiano Ronaldo, Dwayne Johnson Lead the List; Virat Kohli, Priyanka Chopra Jonas Top Earners Among Indian Celebs.

Celebrity followers including her husband Nick Jonas and more than 7 lakh fans liked the post within a few hours of being posted, while many left lovable comments. However, it is still unclear if the ‘White Tiger’ actor has returned back to the UK because the location in the special reunion post was mentioned as ‘London, United Kingdom’ by Priyanka. Of late, the former Miss World recently reunited with her family and friends in the US after returning from the UK, where she was shooting for her upcoming series ‘Citadel’. Priyanka Chopra’s All-White Sheer Ensemble Celebrating The Pride Month Is Chic (View Pics).

She also visited her newly opened restaurant ‘Sona’ in New York and treated fans to a few glimpses from the get-together. Meanwhile, on the work front, Priyanka has an interesting lineup of projects in the pipeline including- the spy series ‘Citadel’, ‘Text for You’, ‘Matrix 4’. She will also be seen in an Indian wedding comedy with Mindy Kaling, which she will co-produce and feature in.