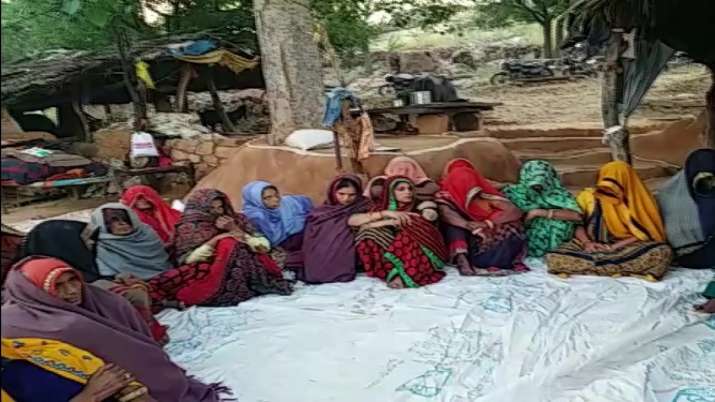 The family of the Rajasthan temple priest Babulal Vaishnav, who was burnt alive by land mafia in Karauli for resisting to allow the temple land by encroachers, is refusing to perform the last rites of the victim untill their demands are met by the Rajasthan government. The family is demanding Rs 50 lakh and a government job for a family member but the government has announced an ex-gratia of Rs 10 lakh. Meanwhile, earlier in the day, Rajasthan Governor Kalraj Mishra spoke to Chief Minister Ashok Gehlot on the phone about the situation as thousands of villagers protested in Rajasthan’s Bukna village in Karauli against the brutal murder.

The priest, Babulal Vaishnav of the Radha Gopal Ji temple in Bukna village in Karauli district, died in SMS Hospital in Jaipur on Thursday while being treated for burn injuries. Around six people had allegedly poured petrol on the temple priest and set him on fire when he tried to stop them from encroaching on the temple land. The priest was rushed to the local hospital from where he was shifted to the Jaipur hospital. He breathed his last on Thursday evening.

On Friday, Brahmin organisations staged a protest near the mortuary of the hospital demanding action against the local Police Station in-charge, transfer of the case to another circle office, a government job and compensation for the family. A team of police officials assured them that their demands would be fulfilled. It was only then that the family members took the body to the village, said Suresh Mishra, a Brahmin leader.

Meanwhile, the BJP sent a three-member team consisting of Alka Gurjar, MP Ramcharan Bohra and former BJYM leader Jitendra Meena to the village on Saturday for a probe.

IPL 2020: Everyone’s hounding about MS Dhoni but he is human too, says Lakshmipathy Balaji