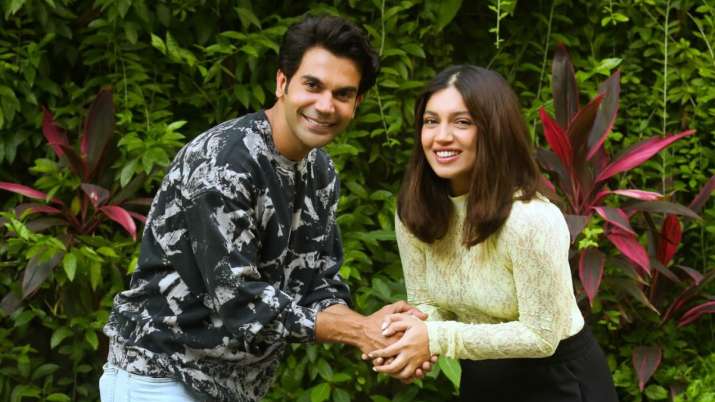 Actors RajKummar Rao and Bhumi Pednekar are all set to start shooting for “Badhaai Do” in January, 2021. It is the second instalment in the “Badhaai Ho” franchise.

In it RajKummar will be seen playing the role of a Delhi cop, who is the only male police officer in a mahila thana, while Bhumi essays the role of a school PT teacher.

“I am happy things are picking up pace and the wheel is moving again. ‘Badhaai Do’ is a special film for me. I am glad to take up this nuanced character who has layers of conflicts to resolve in and around him.

“As far as preparations are concerned, I have my own process of preparing a character and also this time it is the setting of this character in ‘Badhaai Do’ that makes it unique. The audience is in for a surprise, which will unfold with time,” Rajkummar shared.

Bhumi is extremely excited to share screen space with RajKummar.

“I have played many different roles previously in my films but my character in ‘Badhaai Do’ is truly special. I loved the script since the first narration as the subject is very relevant and is packaged in the most entertaining way.

“Since this is the first time I will be working with Rajkummar, I am super excited as we begin our shoot soon. ‘Badhaai Ho’ has been one of my favourites and it feels amazing to take this franchise forward,” she added.

“Badhaai Do” is written by the writers of “Badhaai Ho”, Akshat Ghildial and Suman Adhikary.

Harshavardhan Kulkarni, who helmed “Hunterrr” in 2015, will direct “Badhaai Do”.

“Family comedies are evergreen and the idea was to create wholesome entertainment that can be enjoyed with the entire family. Since pandemic we have been able to do some reading sessions and the chemistry between Raj and Bhumi is so palpable that I am really looking forward to capturing this for the big screen.

“Our pre-production is in full swing and we will start filming very soon in January,” Harshavardhan said.

For the unversed, The Amit Sharma-directorial “Badhaai Ho” revolved around an aging couple, played by Neena Gupta and Gajraj Rao, who deal with a case of accidental pregnancy. Ayushmann Khurrana featured as their son.

Speaking of “Badhaai Do”, the movie is being backed up by Junglee Pictures.

Anushka Sharma and Kriti Sanon to Sara Ali Khan and Sanjana Sanghi: Actresses who Sushant Singh Rajput had romanced on screen | The...

Thursday Throwback: When Sushant Singh Rajput featured on the cover of Filmfare with Amitabh Bachchan, Alia Bhatt and Aishwarya Rai Bachchan – Times of...

“I am super excited that our audience will be able to catch the action and fun on the big screen”, shares Disha Patani as...