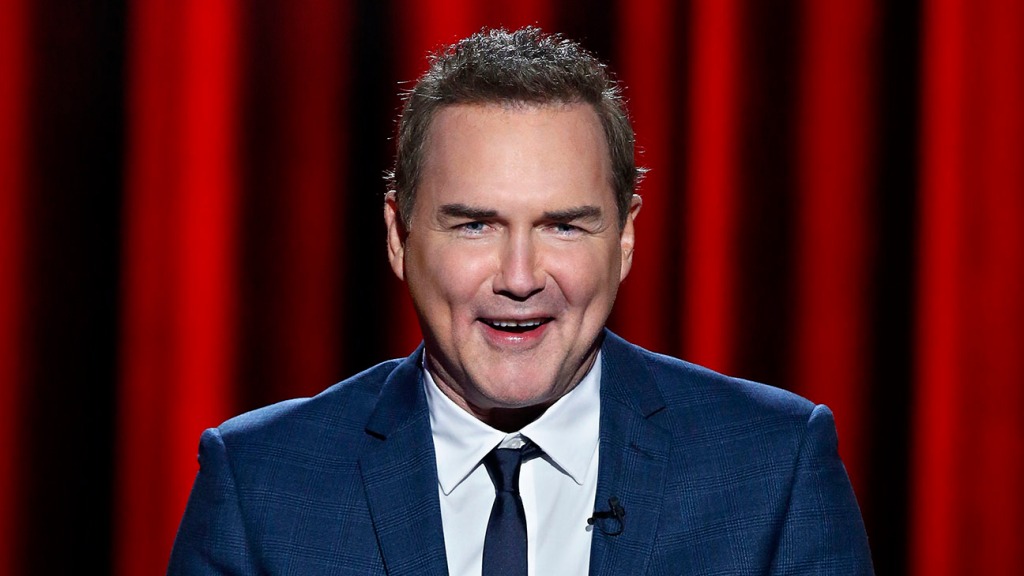 The death of comedian, host and former Saturday Night Live cast member Norm Macdonald after a nearly decade-long battle with cancer prompted his fellow comedians and friends to remember his unwavering ability to make everyone laugh on Tuesday.

Seth Rogen recalled being inspired by Macdonald’s comedic style, tweeting, “Oh fuck. I was a huge fan of Norm Macdonald and I essentially ripped off his delivery when I first started acting. I would stay up specifically to watch him on talk shows. He was the funniest guest of all time. We lost a comedy giant today. One of [the] all time greats. RIP.”

Netflix co-CEO Ted Sarandos wrote on Instagram, “Norm’s passing has been a shock and a heartbreaker. He likely never told anyone that he was sick because it wasn’t funny to be sick. He made me laugh as hard as I ever laughed at comedy. There was no such thing as too long a set up. He was the most brilliant joke teller in stand up. Proud of his Netflix special, proud of “Norm Macdonald Has a Show” and proud to have been in his company for awhile. Random texts, hysterical stories and crazy times. Thank you Norm. Your work lives and the bar is set high. A comics comic – he would have hated me repeating that cliche.”

Jon Stewart tweeted, “No one could make you break like Norm Macdonald. Hilarious and unique. Fuck cancer.”

Steve Martin simply wrote, “We loved Norm MacDonald. One of a kind.”

A rep confirmed Tuesday that Macdonald had died at age 61.

The comedian joined SNL in 1993 and anchored the “Weekend Update” segments. He stayed on the sketch-comedy series until 1998. He was also known for his funny appearances as a guest on late-night talk shows like Conan.

An SNL spokesperson said in a tribute message, “Today is a sad day. All of us here at ‘SNL’ mourn the loss of Norm Macdonald, one of the most impactful comedic voices of his or any other generation. There are so many things that we’ll miss about Norm – from his unflinching integrity to his generosity to his consistent ability to surprise. But most of all he was just plain funny. No one was funny like Norm.”

Director Edgar Wright referenced these hilarious sit-down moments in his tweet honoring the late comedian. “Of the many addictive rabbit holes you can disappear down on the internet, the most pleasurable is ‘Norm MacDonald chat show appearances,’” Wright wrote. “Thanks for all the laughs Norm, very sorry to see you go.”

Josh Gad referred to Macdonald as “One of the most underrated and hilarious SNL performers.” He added that he was “absolutely gutted.”

Whitney Cummings shared a video of Macdonald’s unforgettable roast of Bob Saget in 2008. “Norm is the pinnacle of bravery and originality,” she wrote along with a broken heart emoji.

Ken Jeong applauded Macdonald for being universally funny. “In such a divisive time even among comedians, we can all agree Norm MacDonald was the best. Rest in Peace,” Jeong tweeted.

Bob Newhart said in a statement that Macdonald was one of the few people who could “successfully” write comedy for him and added, “He was an original.  When I watched young comics on the early comedy TV shows, like The Improv or Catch a Rising Star, I’d study each comic’s style and think, oh yeah, he’s doing Leno… or he’s doing Letterman… or he’s doing Rickles.  When Norm came on, I said he’s not doing anybody.”

Take a look at what other staples in comedy are saying about Macdonald below.

Oh fuck. I was a huge fan of Norm Macdonald and I essentially ripped off his delivery when I first started acting. I would stay up specifically to watch him on talk shows. He was the funniest guest of all time. We lost a comedy giant today. One of the the all time greats. RIP.

No one could make you break like Norm Macdonald. Hilarious and unique. Fuck cancer.

Of the many addictive rabbit holes you can disappear down on the internet, the most pleasurable is ‘Norm MacDonald chat show appearances’. Thanks for all the laughs Norm, very sorry to see you go. https://t.co/ahxZNRdJEw

Oh come on! Damnit. Not Norm. Absolutely gutted. One of the most underrated and hilarious SNL performers. RIP #NormMacdonald https://t.co/bK5EALnpYz

Norm is the pinnacle of bravery and originality. 💔 https://t.co/UfeNoEUlUv

In such a divisive time even among comedians, we can all agree Norm MacDonald was the best. Rest In Peace.💔

NOOOOO GODDAMIT. Oh my God what is even happening.

Good bye, Norm. You were never not 100% hilarious. https://t.co/loW3QsEjgW

This photo was taken after I was a guest on Norm’s show. At dinner the laughs just continued nonstop. He will be missed. RIP Norm Macdonald pic.twitter.com/DToJCUBdU2

This awful news took my breath away. Sending love to his family and friends.

My dear friend Norm MacDonald passed after a brave 10 year battle. He was one of our most precious gems. An honest and courageous comedy genius. I love him.

One of the funniest people #SNL ever produced is gone, but will never be forgotten. I’ve spent many an hour on YouTube over the years enjoying all the characters he gave us. In a word: HILARIOUS.🤣Thanks for a lifetime of laughs @normmacdonald. #RIP 💔 pic.twitter.com/pK9lK3Rz87

I love the science of comedy. Comedy nerds know that the one step beyond #TheAristcrats was the time Norm Macdonald decided to commit to doing a kitschy mediocre roast for Bob Saget. It was beyond trolling.

So many cats use the Comedy Central Roasts to reinvent themselves or build career platforms —-it’s like if I decide a dream comes true (say Roots get music spot on SNL) & we decide to pull some Kauffman move & just do “You Are My Sunshine” instead. But in a way that IS PAINFUL

To so many people in comedy, me included, there was nobody funnier than Norm MacDonald. You always hoped he would hang around after the work was done, just so you could hear his stories and get a laugh. So hilarious and so generous with his personality. I’m gonna miss him.

I am absolutely devastated about Norm Macdonald. Norm had the most unique comedic voice I have ever encountered and he was so relentlessly and uncompromisingly funny. I will never laugh that hard again. I’m so sad for all of us today.

Sad to hear about Norm Macdonald. Got to be on his talk show. Laughed a lot with him. He was very kind to me. #RIPNormMacdonald

R.I.P. Norm Macdonald. I never got a chance to know him but he made me laugh so many times with his brilliant wit and delivery. Comedy lost a great one today.

The confidence it takes to tell a joke like this on a talk show is something I’ll always marvel at. Norm Macdonald was fearlessly funny #RIP https://t.co/DIQmAAhMfb