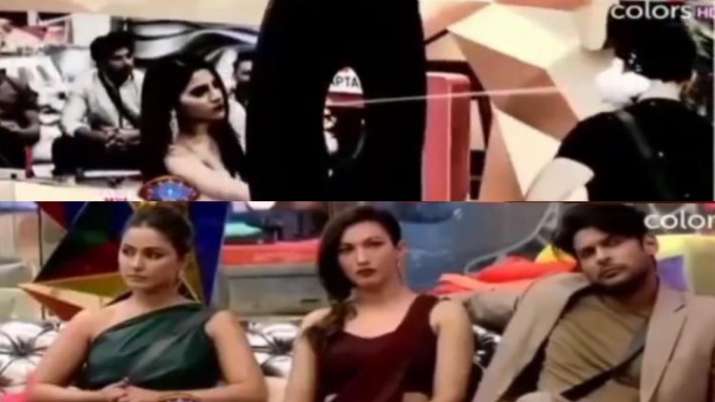 Bigg Boss 14 is all set to take a new turn as host Salman Khan in a new Somvaar Ka Vaar promo said ‘the real game will begin now.’ “Asli khel to abhi se shuru hoga,” says Salman.  We will see a task taking place wherein contestants would spray foam on the co-contestants’ face, who they don’t like as the promo starts with Nikki Tamboli seen standing with a foam spray bottle, explaining a male Bigg Boss 14, in a black t-shirt with face not visible as to why she should spray the foam on him, just when he tells Nikki “Spray kar jaldi” (spray fast), taking offence, she replies, “What is this Spray kar jaldi” (What is this spray fast) and goes on to spray the foam on the person’s face.

Meanwhile, after spraying the foam, she further stated “You deserve that.”

Introducing a new plot in the show which can help the freshers become ‘Confirmed’ from ‘To Be confirmed’, he said “Kal se shuru hogi, TBC se confirmed ban ne ki kam aasaan ladai.” He asks freshers to choose a senior’s team, probably hinting at an upcoming task between the teams of the seniors including Sidharth Shukla, Hina Khan and Gauahar Khan.

The promo further showed freshers making their choices,  where Jasmin Bhasin could be heard saying, “Sidharth is my friend but…” while Rubina Dilaik talks about either Gauahar or Hina, saying that the particular person has many qualities which she mirror from her.”

Talking about a senior person, Nikki is also seen saying, if that person could make her understand, she might understand better.

Lets see Who will select whom?

Photos: Deepika Padukone and Siddant Chaturvedi get snapped as they return from Alibaug – Times of India