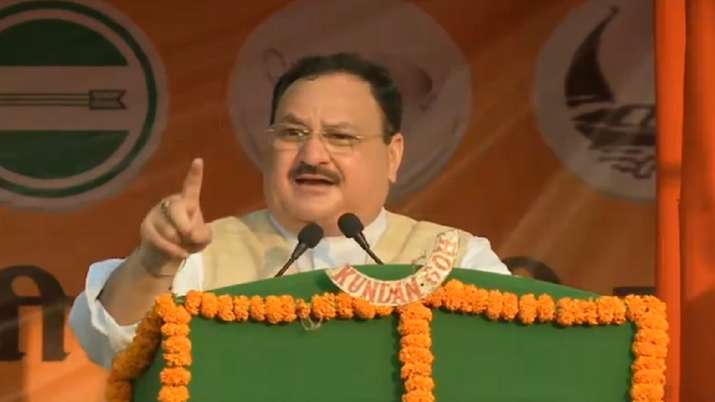 Bharatiya Janata Party (BJP) national president JP Nadda on Thursday took a swipe at RJD leader Tejashwi Yadav, saying the “son should know how his father ruled” the state. He was referring the 15-year rule of Lalu Prasad Yadav in Bihar. The state was infamous for kidnapping, loot, murder, and poor law and order situation.

“The NDA government has done the work to get rid of RJD’s misrule. The state, which previously used to run on thievery, now works on law and order,” he said during an election rally in Aurangabad.

“I am telling you all this so that even the ‘son’ should know how his father ruled,” Nadda added.

“The RJD is the same party that protected gangster Mohammad Shahabuddin. When Nitish ji formed the government, Shahabuddin was put behind the bars,” he opined.

Addressing another rally in Karakat of Rohtas district, Nadda heaped praise on Prime Minister Narendra Modi for abrogating Article 370, enacting a law to end triple talaq, and effort to begin the construction of Ram Mandir in Ayodhya. He said that it is very easy to give speeches and slogans in politics but only “a person who has 56-inch chest can serve the poor”.

Bihar is witnessing two-way contest this time. While Nitish is seeking a fourth consecutive win, it is a do or die battle for RJD which is led by jailed party chief Lalu’s son Tejashwi.

The three-phase Assembly elections will be held between October 28 and November 7. Results will be declared on November 10.