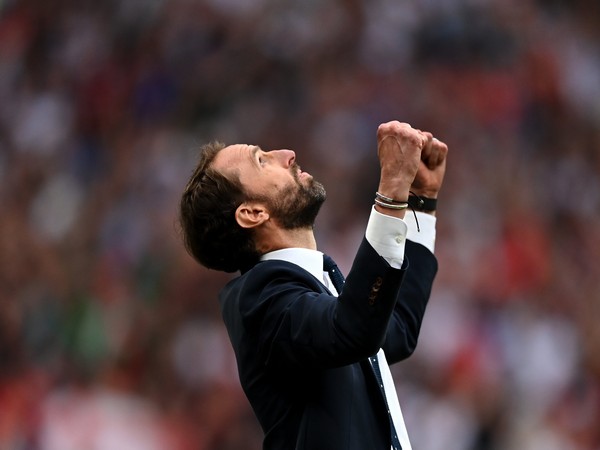 Rome [Italy], July 4 (ANI): England head coach Gareth Southgate said the English players were decisive and ruthless all night in the quarterfinal clash against Ukraine at the ongoing Euro 2020.

Harry Kane scored a brace while Harry Maguire and Jordon Henderson registered one goal each as England thrashed Ukraine 4-0 in the last 8 here at the Stadio Olimpico on Saturday. With this win, the Three Lions have set up a semifinal clash against Denmark at the Wembley Stadium on Wednesday.

“We didn’t want to take a backward step. We wanted to really grasp the opportunity rather than hope we might win or let fate have a chance to play its part. I thought the players were decisive and ruthless all night,” UEFA quoted Gareth after the match.

“It’s fabulous. I suppose it’s still sinking in that it’s another semi-final – three in three years. We want to go two steps further. I know what will be happening at home. It’s lovely to see everyone on a Saturday night, beer in hand. They should enjoy it. It’s been a long year for everyone. I’m chuffed the two performances have brought so much happiness to people. It’s fabulous for our country – a semi-final at Wembley. Everyone can really look forward to that – it’s brilliant.”

England had lost the semifinals of the 2018 FIFA World Cup against Croatia and now three years later, they would be playing another semifinal of a major tournament.

England got off the blocks quickly as Harry Kane made no mistake in converting a lovely cross from Raheem Sterling into a goal in just the 4th minute of the game. After that, no more goals were scored in the first half, and as a result, the Three Lions went into the interval with a 1-0 lead.

In the second half, England displayed its A-game and managed to score three more goals to eventually win the match 4-0. First, Jordon Henderson netted the ball into the goalpost in the 46th minute and four minutes later, Kane scored again to give England a 3-0 lead, leaving Ukraine search for all kinds of answers.

The final nail in the coffin for Ukraine came in the 63rd minute as Henderson got among the goal-scoring charts and in the end, England walked away with a 4-0 win. (ANI)