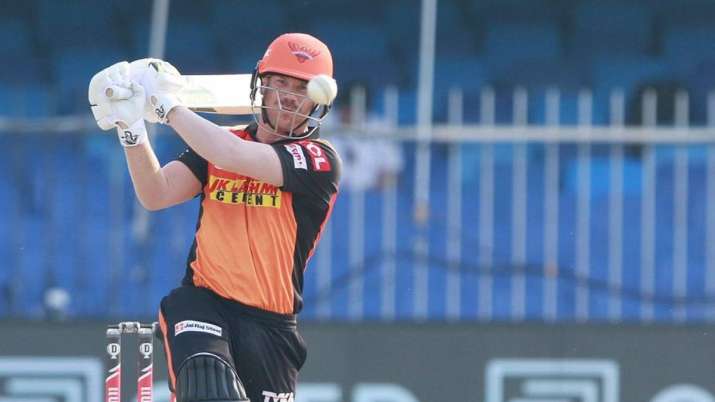 Sunrisers Hyderabad captain David Warner on Sunday added another feather to his cap as he amassed 5000 runs in his Indin Premier League career. He achieved the deat during SRH’s run chase against Kolkata Knight Riders at the Sheikh Zayed Stadium in Abu Dhabi.

Warner required only nine runs to reach the milestone and he took just 16 balls during the chase. With the feat, Warner became the first overseas player to the milestone and fourth overall after Kohli, Suresh Raina and Mumbai Indians captain Rohit Sharma. Kohli presently stands a top of the run-scoring charts with 5759 runs in 186 matches, followed by Raina with 5368 runs in 193 matches and Rohit on 5149 runs in 196 appearances.

Warner also became the quickest batsman to the feat surpassing the Royal Challengers Bangalore skipper who had amssed 5000 runs in 157 appearances. Warner took 12 games fewer to the milestone. Raina had taken 173 games while the Mumbai Indians skipper had take 187 games.