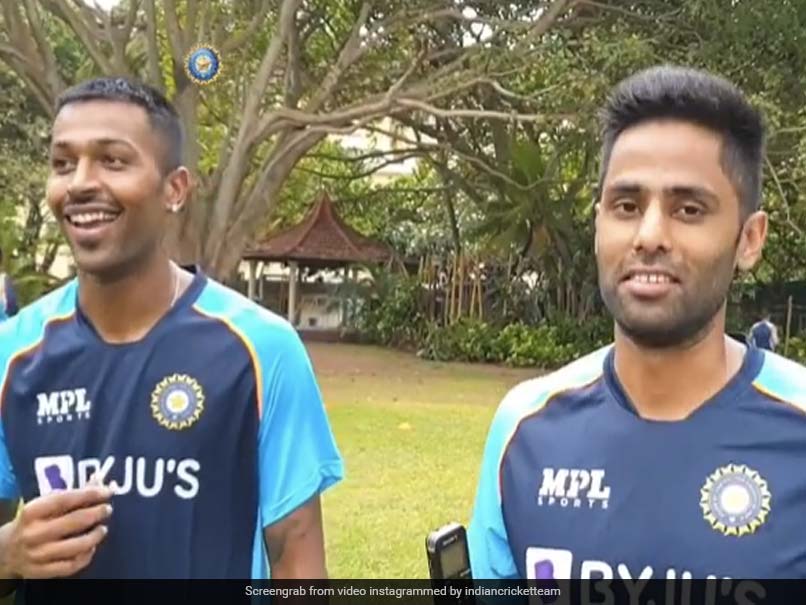 Team India on Saturday had their first outdoor session after completing the mandatory quarantine period ahead of the limited-overs series against Sri Lanka. A short clip from the training session was shared by the official Twitter handle of the Board of Control for Cricket in India (BCCI). In the footage, players were seen indulging in some fun activities outside of their hotel room. “Out of quarantine. Fun activities. Team India made the most out of their day off post quarantine before they headed to the nets in Colombo,” BCCI captioned the video on Twitter.

The full video is available on BCCI’s official site.

The clip starts with players coming out of their hotel room and then they form a circle in a garden.

Former skipper Rahul Dravid, who has been appointed as India coach for this tour, was also seen giving players a pep talk. Players also did some throw down exercises before hitting the swimming pool.

Speaking about the team’s session, Dravid said, “It’s been nearly 17-18 days since we have been in some kind of quarantine. So good for the boys to get out and just move a little bit. We have got some open space, just wanted them to get their legs moving and their arms going because a lot of them wouldn’t have thrown for a really long time.”

Fans were also happy to see their favourite stars doing some fun activities to prepare for the tour and dropped their greetings in the comment box.

“Amazing, all the players are looking good. All the best for the Lanka series,” a user said.

Amazing looking good All the players All the best for the Lanka series pic.twitter.com/4Brl7npmbA

Another cricket enthusiast claimed that for the first time fans are most excited to see the coach on screen.

“For the first time in the entire cricket history, people are crazy about seeing a coach on the screen at least once… Then a team playing… That’s Rahul Dravid,” the comment on the post read.

Meanwhile, the Shikhar Dhawan-led side will kick-start their six-match long tour of Sri Lanka on July 13 with the first ODI in Colombo.