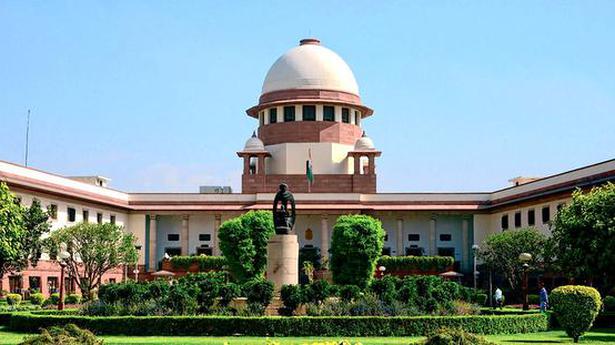 It’s up to States to find ways and means of implementing court’s June 2018 judgment on issue, says the Supreme Court Bench

The Supreme Court on Tuesday said it was not ready to reopen a debate on its judgments granting reservation in promotion in government jobs to Scheduled Castes and Scheduled Tribes.

A Bench led by Justice L. Nageswara Rao reiterated the court’s stand that it was up to the State governments to find ways and means of implementing the court’s June 2018 judgment on the issue.

In a 58-page judgment in 2018, a Constitution Bench, led by then Chief Justice of India Dipak Misra, modified a 2006 judgment that required the State to show quantifiable data to prove the “backwardness” of a Scheduled Caste/Scheduled Tribe community in order to provide quota in promotion in public employment.

The five-judge Bench judgment in the Jarnail Singh case in 2018 had given a huge fillip to the government’s efforts to provide “accelerated promotion with consequential seniority” for Scheduled Castes/ Scheduled Tribes (SC/ST) members in government services.

Writing the verdict for the Constitution Bench three years ago, Justice Rohinton Nariman (now retired) had held that the requirement to have quantifiable data before granting reservation to SCs and STs was contrary to an earlier nine-judge Bench verdict in the Indra Sawhney case.

In the Indira Sawhney case, the court had held that the “test or requirement of social and educational backwardness cannot be applied to Scheduled Castes and Scheduled Tribes, who indubitably fall within the expression ‘backward class of citizens’”.

The Constitution Bench had refused to refer the Nagaraj judgment to a seven-judge Bench. It had also dismissed the government’s view that comparing the strength of an SC/ST community to the population of India cannot be the test to determine whether they are adequately represented in government services. It had held that the question of adequate representation of an SC/ST community ought to be left to the respective States to determine.

On Tuesday, Justice Rao said the court had no intention to reopen either Nagaraj or Jarnail Singh. The court expects the States to comply with the judgments and not try expand or deflect the scope of the case, the Bench, comprising Justices Sanjiv Khanna and B.R. Gavai, clarified.

It made these remarks while hearing over 130 petitions variously seeking the implementation of judgments for reservation in promotion.

Senior advocate Indira Jaising appearing for one of the petitioners, said the question was how the States were supposed to identify “backwardness”. “In some cases, High Courts have struck down on the ground that backwardness has not been shown,” she submitted.

The court posted a hearing after two weeks.