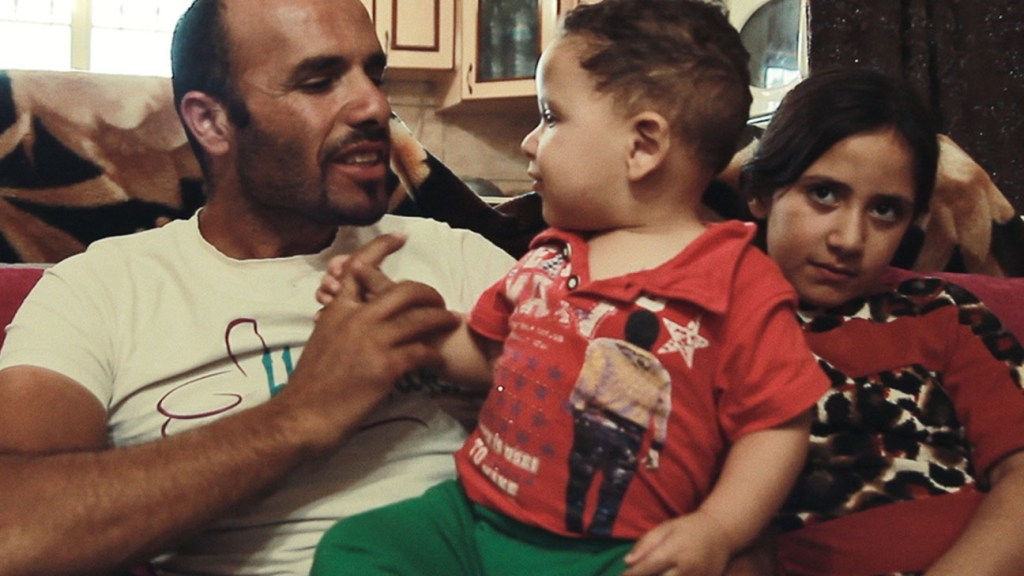 With an insider’s perspective rarely glimpsed amid the protracted Palestinian-Israeli conflict, directors Mohammed Abugeth and Daniel Carsenty reveal the daily struggles of the daring drivers attempting to earn a hard-won living by illegally transporting West Bank laborers across the border while under constant military surveillance.

This gritty vérité doc, assembled over eight years of intermittent shooting, attests to the determination and resilience of local residents enduring endemic harassment and violence, and determined to provide for their families and preserve their way of life. Internationally inclined festivals will welcome The Devil’s Drivers, while an intrepid streamer seems likely to find a slot for the title as part of an eclectic documentary lineup.

Heroes on the highway through hell.

It’s 2012 when the filmmakers first introduce Hamouda, a mid-30s West Bank resident from a Bedouin family native to the area south of the city of Hebron that’s surrounded by Israeli settlements. Because job opportunities in the impoverished region are chronically inadequate to support his wife and kids, Hamouda operates in the underground economy, smuggling Palestinians who don’t qualify for Israeli work permits across the “Green Line” at the border. Navigating a compact Subaru sedan crammed with three or four passengers per trip, Hamouda steers with one hand while pressing his mobile phone to his ear as he urgently communicates with a network of spotters hired to help him avoid roving Israeli Army patrols.

The circumstances surrounding the trafficking of Palestinian laborers appear to be rooted in Israel’s security policy, which authorizes work permits only for married fathers with at least one child and views single men as potential threats. These regulations force tens of thousands to seek employment illegally in Israel in order to save enough money to afford a wedding and a home to start a family and establish the basis for obtaining a work permit. This risky migration pattern puts both the drivers and the workers in jeopardy, although the situation in the Palestinian territories leaves them with few alternatives.

Hamouda knows that any contact with the military would surely mean arrest and confiscation of his vehicle, which is exactly what happens in 2012, sending him and his cousin Ismail, another smuggler, to a jail for several months. Although Ismail exits the trade once they’re both released, Hamouda continues driving across the Negev desert’s rough dirt roads, tempting fate and risking a lengthier prison sentence. “I’m like the soldier who goes to war. Maybe I come back, maybe not,” he observes at one point.

Hamouda’s determination to continue transporting laborers also has adverse consequences for one of his spotters, Ali, an older man who keeps watch over the smuggling routes from nearby hilltops. When the Army begins to suspect that his daily routine herding sheep may be a cover for his work supporting the traffickers, a bulldozer turns up in his village and proceeds to tear down not only Ali’s home, but his neighbors’ residences too, because they’re all suspected of being collaborators.

Some remarkable video shot by residents as the soldiers demolish Ali’s neighborhood includes footage of an unidentified officer, apparently convinced of his official impunity, threatening a homeowner with arrest, shouting in his face, “Do you want to go to prison?” The filmmakers, with their press credentials, manage to avoid direct confrontation with security forces, often recording army vehicles from a distance or capturing only audio when the military stops their vehicle for security checks.

It’s abundantly clear from the outset how the directors (who met at film school in Germany) struggled to complete their project over nearly a decade of production. Shooting exclusively hand-held on five types of cameras in often challenging settings, they incorporate footage from multiple mismatched formats, including DSLRs and mobile phone video, with variable results.

While sometimes a distraction, the uneven production values contribute to the immediacy of events, though The Devil’s Drivers owes its considerable impact principally to its charismatic subjects, the strength of their family ties and the resilience of their communities, offering hope that they will somehow persevere and prosper.