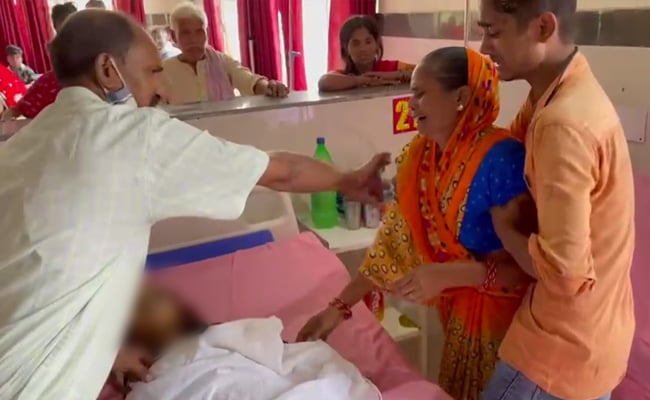 A five-year-old girl died of dengue in front of her parents as they ran from pillar to post for hours to get their daughter admitted at a hospital in Uttar Pradesh. The girl was reportedly brought to the hospital in Firozabad at 8 am but got admission only around noon.

The girl was declared dead soon after she was admitted. The painful incident – captured on video – shows the moment the news about her death is broken to her family.

Firozabad, which is about 300 kms from state capital Lucknow, has been reporting a surge in dengue cases. More than 16 deaths have been reported in the district in the last 48 hours.