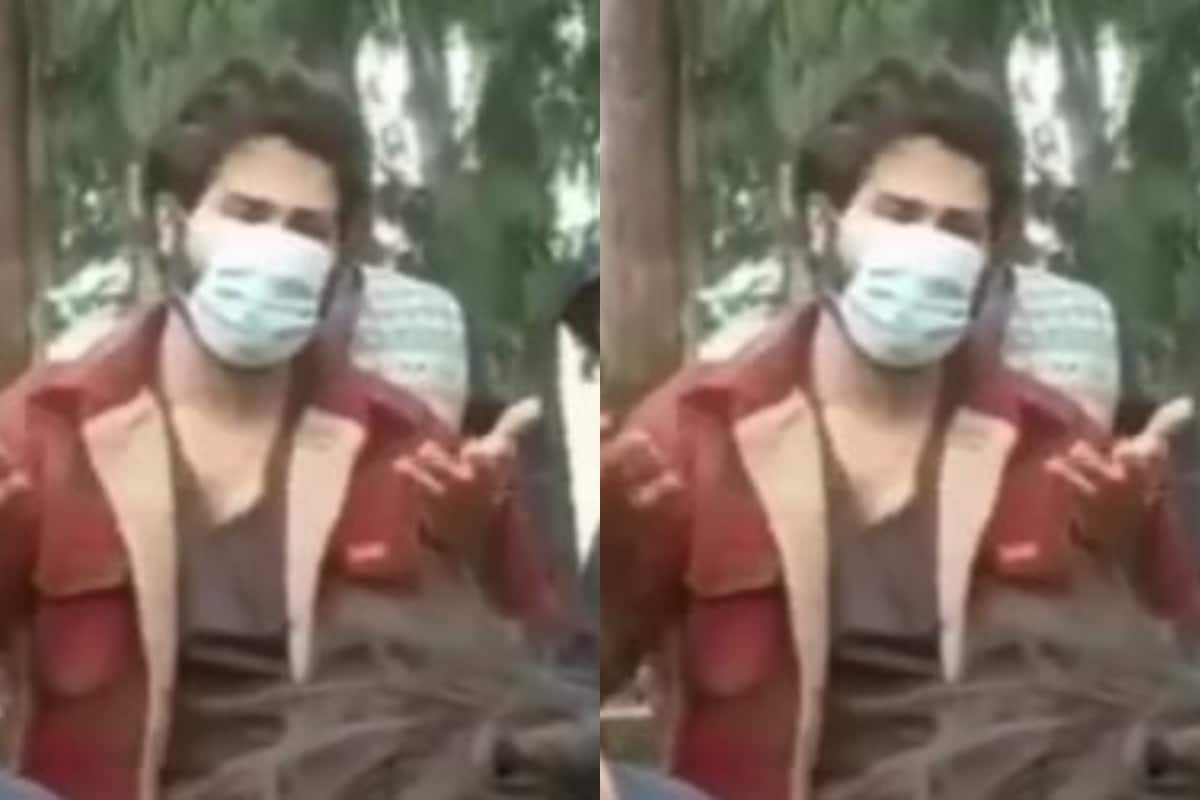 Coronavirus cases in the country are increasing rapidly hitting a new peak every day. In such a situation, it has become very risky for Bollywood celebrities to shoot for their movies as people including their fans and followers try to click pictures and stay around them without wearing masks. A video of actor Varun Dhawan is going viral where the actor is seen explaining to his fans the importance of following Covid-19 protocols and urging them to be responsible.

The actor is currently in Ziro, Arunachal Pradesh, where he is shooting for his upcoming movie named Bhediya. Varun was spotted there by his fans and they gathered around him to meet him. In the video, the 33-year-old can be heard saying that he too wants to remove his mask and hug everyone and shake hands but he has to be responsible and hence he urged everyone present there to wear masks and stay safe.

However, this was not the first time when celebrities have asked their fans and followers to follow the Covid-19 protocol. Earlier, actress Kareena Kapoor Khan had also shared a selfie wearing a mask and had urged her fans to wear the same to curb the spread of Covid-19.

On the personal front, Varun married fashion designer Natasha Dalal on January 24. The duo attended the same school and had been in a relationship for around 10 years.

While on the work front, Varun was last seen in his father, David Dhawan’s film Coolie No. 1 along with Sara Ali Khan. The movie was a 2020 adaptation of the Govinda-starrer 1995 film of the same name.

The actor will be next seen in Raj Mehta’s romantic comedy Jug Jugg Jeeyo, co-starring Kiara Advani, Anil Kapoor, Neetu Singh and Prajakta Koli. The film will be produced by Karan Johar. Also, as said earlier the actor is currently shooting for Dinesh Vijan’s comic horror film Bhediya. He will be sharing the screen with Kriti Sanon in this film.

Apart from these two movies, the actor has Sajid Nadiadwala’s action thriller Sanki and Raghavan directorial Ekkis in his kitty.