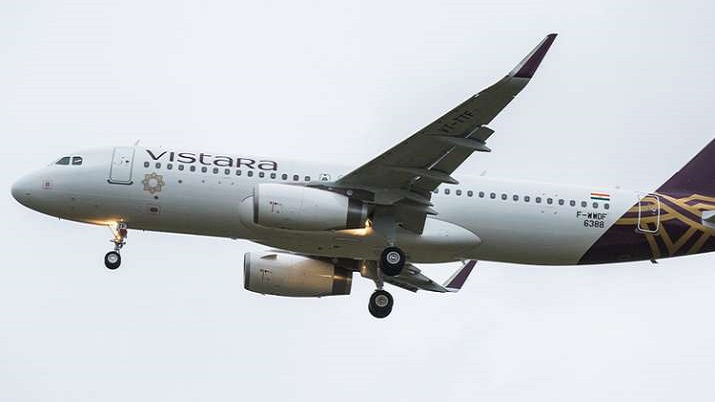 Vistara will operate more flights to Goa from Delhi and Mumbai from Sunday as there has been a “positive response and demand” on these sectors, said a senior airline official on Wednesday. The airline plans to operate two more weekly flights on the Delhi-Goa route and one more weekly flight on the Mumbai-Goa route, the official said.

“Considering the encouraging response on these sectors, we plan to increase it to 11x weekly flights between Delhi/Mumbai and Goa in the winter schedule starting 25 October 2020,” he added.

The coastal state sees a high number of foreign tourists, including a sizable number from Russia and Britain, during the winter season.

“The (Delhi-London) flights have also been re-timed, effective October 25, to enable convenient connections to and from several cities across India, including Goa,” Kannan said.

The airline would operate five flights a week on the Delhi-London route from November 21, instead of four a week being operated currently, and a daily service from December 1.

The increase in frequency to and from Goa as well as on the Delhi-London sector are resultants of the positive response and demand on these routes, Kannan noted.

“We do expect travel to further pick up, especially around the festive season in India, however, customers’ considerations will still largely depend on health and safety measures, and streamlining of quarantine requirements,” he said.

The aviation minister had also recently said that airline traffic and demand for domestic travel is expected to reach pre-COVID-19 levels by the end of 2020, Kannan added.

India had resumed its scheduled domestic passenger flights from May 25 after a gap of two months due to the pandemic. Currently, airlines are allowed to operate maximum 60 per cent of their pre-COVID domestic flights.

“According to our customer survey concluded in June, 65 per cent of the respondents expected to take their next Vistara flight before December. This gives us confidence as we continue to monitor passenger demand and scale up our operations in a calibrated manner,” Kannan said.

Vistara’s London flights are currently being operated under the India-UK air bubble pact. In such a pact, airlines of both countries can operate special passenger flights to each other’s territories under certain restrictions.