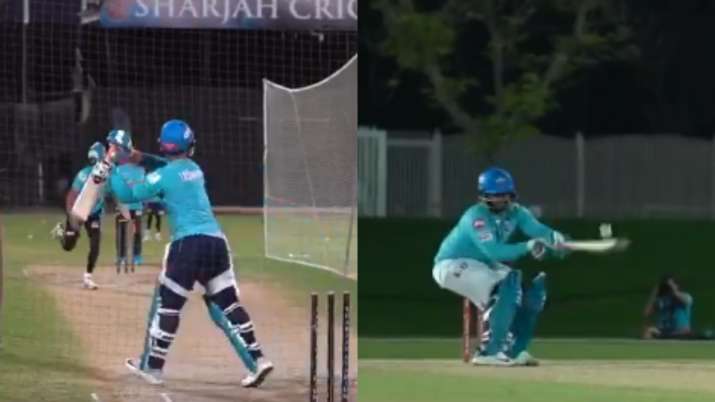 Delhi Capitals’ wicketkeeper-batsman Rishabh Pant is looking set to dominate bowling attacks in the upcoming edition of the Indian Premier League. The explosive batsman was seen hitting massive hits in a compliation video shared by the franchise on Twitter.

DC wrote, “Rishabh Pant FC, here’s a little something for you.”

Pant was seen smacking the ball over the park during the practice session in the nets, as well as intra-squad match.

Rishabh Pant has been one of the key performers for Delhi Capitals over the last few years. Pant, who bats at number four for the Delhi franchise, finished the 2018 season as the tournament’s second-highest run-scorer.

He continued on his impressive performances in the 2019 edition of the tournament.

Ahead of the upcoming edition, Pant faces significant pressure due to his inconsistent performances in the international setup. He lost his place in the limited-overs side to KL Rahul, and remains a second-choice wicketkeeper-batsman in home Tests, behind Wriddhiman Saha.

Pant will be aiming to make the most of the upcoming tournament as he aims to regain a spot in the playing XI in the Indian team.

Delhi Capitals will begin their campaign in IPL 2020 against Kings XI Punjab on September 20.