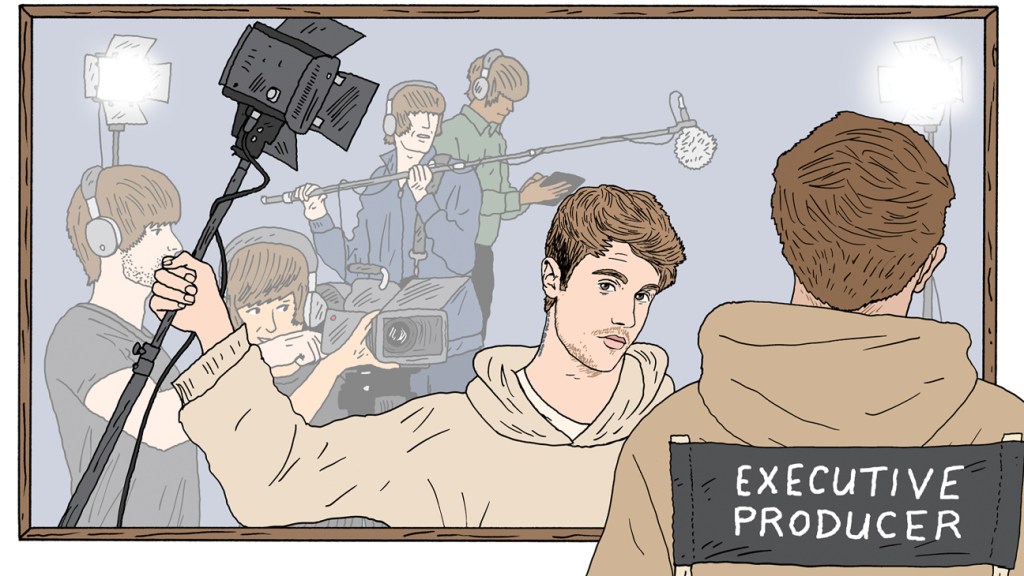 “A lot of people didn’t understand the impact of what would happen when documentaries had distribution at this scale,” says Bryn Mooser, the founder of prolific nonfiction film and television studio XTR. In recent years, Mooser, like many who work in nonfiction filmmaking, has watched the appetite for documentary content grow exponentially ­— and, amid the streaming wars, titles are now boasting eight-figure price tags.

As with any surge in a once-overlooked medium, trends emerge as the industry explores a newfound fervor. One of those trends is the uptick in talent-produced biographical documentaries. Though stars have been involved in depicting their lives onscreen for years, the nonfiction boom has sparked increased interest among talent in producing features about themselves. These moves have raised questions in the nonfiction community, not strictly about subjects having more creative control over their own stories but about how streamers, which have been the most aggressive buyers of documentary, may see nonfiction content going forward. “You have to look at this as two different businesses,” explains producer and filmmaker James D. Stern of the gulf between artist-produced bio-docs and traditional nonfiction fare.

Recent examples of talent and reps tackling nonfiction filmmaking include NBA star Steph Curry, who will produce a doc about his rise to prominence in college basketball under his Unanimous Media banner for A24, and the Billie Eilish-centric documentary The World’s a Little Blurry, which was produced in collaboration with her Interscope Records label. Last week, Amazon announced a new Justin Bieber documentary, Our World, which has the singer and his manager, Scooter Braun (via his SB Films), acting as executive producers; the tech giant also recently released Val, a doc about Val Kilmer that credited the star as a producer.

Access is a necessity for talent-centric docs, and that access requires talent’s comfort with the project, something insiders say a producing credit can accomplish. “There is definitely some skepticism when you see a main star as an EP,” says Michael D. Ratner, the director of the Bieber doc, who was also behind the Demi Lovato YouTube Originals docuseries Dancing With the Devil. “From my experience, buy-in from the talent is beneficial when the intention is to give it their all.”

Executive producer or producer credits on non-fiction biographical projects can be procured for a variety of reasons — such as providing the archival materials used throughout a movie or a simple lawyer-negotiated “vanity”, as one Oscar-winning doc filmmaker bluntly puts it. When talent is actively involved, having that credit is important so the audience is aware of “the work’s relationship to the subject,” notes Pat Aufderheide, a professor at American University and founder of the school’s Center for Media & Social Impact. “In the big umbrella of documentary, there is stuff designed strictly for entertainment. And that’s fine.”

Credited or not, it’s common for big-name talent to be involved in the production, from choosing a director to negotiating approvals for certain materials. Tina Turner gave the green light to Emmy-nominated Tina, for example; Taylor Swift blessed Miss Americana; and Becoming Led Zeppelin wouldn’t have happened without the iconic rockers’ sign-off. “They’ve never given permission to anyone,” says Submarine’s Josh Braun, who is selling the doc out of the Venice Film Festival. “So many filmmakers tried to get the rights. And this film not only got their approval, but they’re fully in it. Their participation is 100 percent. It’s a rare situation.”

Similarly, Alanis Morrisette didn’t act as a producer on the bio-doc Jagged, but she and her team did interview potential directors before Alison Klayman ultimately landed the job. “Navigating what wants to be said, what to keep unsaid, what to anonymize, that is a process between the filmmaker and subject. But then at some point — and [there] has to be a level of trust — it’s the filmmaker’s film,” Klayman told THR ahead of Jagged‘s TIFF debut. “That is always more beneficial because the audience can trust it’s not a promotional piece.”

Regardless of the level of creative influence talent has over the final cut of the film, their buy-in is still integral to the project’s performance, insiders note. If the subject of the documentary does not like the end result, that could become a PR nightmare ahead of its release. This ended up being the case with Jagged. Morrisette on Monday released a statement voicing her displeasure with the film, saying, “I was lulled into a false sense of security and their salacious agenda became apparent immediately upon my seeing the first cut of the film. This is when I knew our visions were in fact painfully diverged. This was not the story I agreed to tell.”

These bio-doc titles are selling for large sums (Apple paid a reported $25 million for the Eilish doc), but branding is the major selling point for talent. In the COVID-19 era, when tours, music festivals, and major sporting events have been continually delayed, these titles are a way to stay in front of audiences. The upside for streamers? “Getting a really A-plus talent’s music doc,” notes Ratner, “is like a lightning rod right in the middle of your streaming platform.”

There is some concern, though, that these projects could come to dominate nonfiction, lowering interest in other documentary fare. Says Stern, “If these become what people think of as documentary, and what people think streamers are buying, is that going to have an adverse effect on people making things that don’t have big talent attached?”

Many nonfiction insiders and industry experts agree that because the appetite for content grew at such an exponential rate, Hollywood at large has yet to address the variety of questions and concerns arising in this golden age of documentary. Says Mooser, “There are going to be growing pains.”

A version of this story first appeared in the Sept. 15 issue of The Hollywood Reporter magazine. Click here to subscribe.