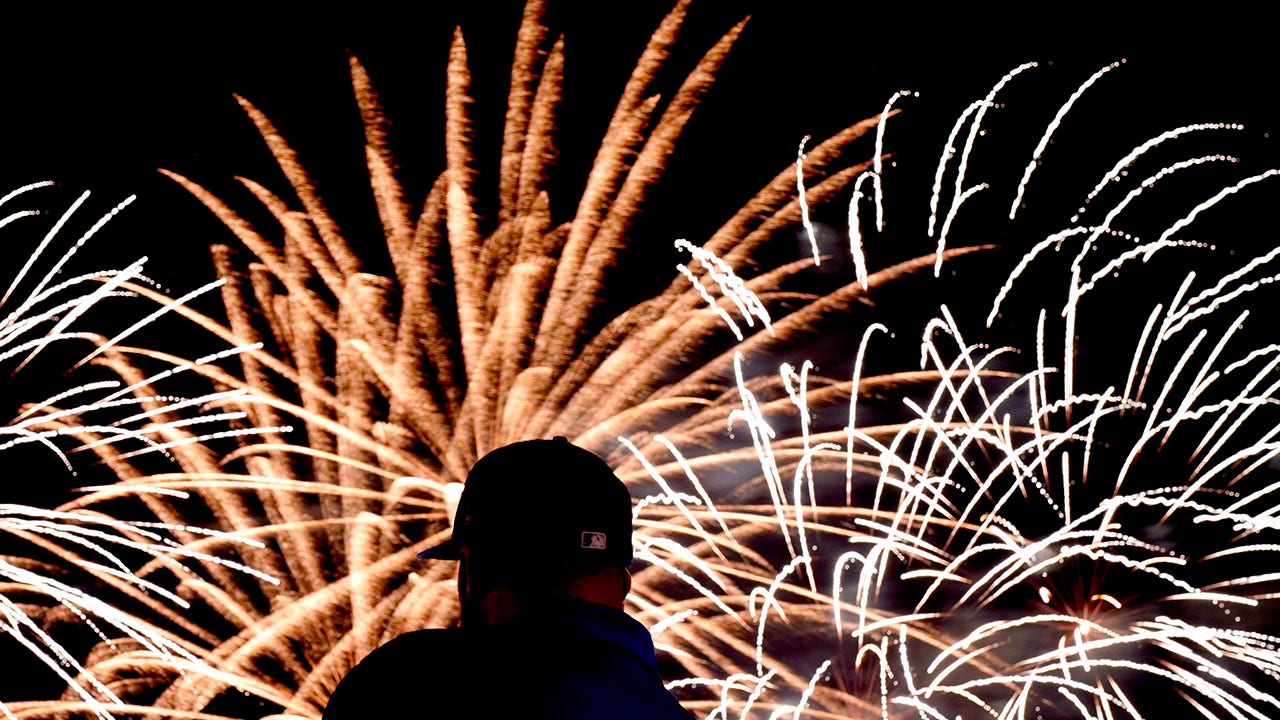 Another dangerous wildfire season is underway amidst record-shattering heat and a scary and historic drought, leading state and local officials across the U.S. to ban fireworks around Sunday’s Fourth of July holiday.

America – shuttered by the threat of the COVID-19 pandemic in 2020 – has been returning to a new “normal,” and residents are eager to celebrate the end of lockdowns as cities reopen.

And yet, fears of worst-case scenarios – especially across the American West – have led to the decision to cancel pyrotechnic displays, with leaders calling for caution.

“We’re slowing down on our press conferences about the pandemic, and we’re headed right into another disaster,” Utah Republican Gov. Spencer Cox said of the drought and subsequent tinder-box conditions in June.

Fireworks have already caused a few smaller-scale wildfires, including one in northern Utah and another in central California.

Fireworks are shown in a fireworks vendor’s tent Thursday, June 24, 2021, in Sandy, Utah. Many Americans aching for normalcy as pandemic restrictions end are looking forward to traditional Fourth of July fireworks. But with a historic drought in the U.S. West and fears of another devastating wildfire season, officials are canceling displays, passing bans or begging for caution. (AP Photo/Rick Bowmer)

In Arizona, which has already seen 2021 wildfires span thousands of acres, cities have canceled public shows and Department of Forestry and Fire Management Prevention Officer Aaron Casem said that while some fireworks are legal it would be better for the public to “understand the threat, make good choices, and if possible, partake in alternative 4th of July activities.”

In Utah, several cities are also banning the use of fireworks this year and it’s a similar scene in Colorado, where dozens of shows have been called off.

Cities in Oregon – which saw smokey skies turn a dark red color in 2020 – are also taking a hardline stance and Portland’s Democratic Mayor Ted Wheeler signed an emergency declaration immediately banning fireworks sales in the city a day after Portland Fire & Rescue announced a ban on the use of all fireworks through the holiday weekend.

Local bans on personal fireworks have also been implemented in Montana’s Yellowstone National Park and other cities like Boise, Id. and Santa Fe, N.M., are working to follow suit.

While some areas in North Dakota are also passing local bans, South Dakota’s Republican Gov. Kristi Noem has been pushing against the federal government to hold a display at Mount Rushmore National Memorial.

California’s Lake Tahoe ski destination – north of where a pyrotechnic device used at a baby’s gender reveal celebration set a fire that killed a firefighter in 2020 – a popular fireworks show was initially canceled before organizers decided to scale down.

Seventeen people were hurt and local businesses were damaged after illegal fireworks seized at a South Los Angeles home were exploded on June 30.

Federal data reportedly shows that 15,600 Americans went to emergency rooms for fireworks-related injuries last year, an increase of thousands from the year prior.

The fireworks industry urges people lighting their own fireworks to follow local restrictions, pick a flat surface away from homes and have a water source at hand.

The Associated Press contributed to this report.